Welcome to the NHL Offseason

Share All sharing options for: Welcome to the NHL Offseason 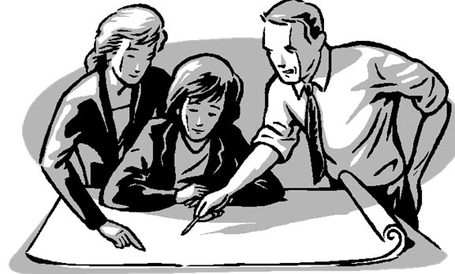 The NHL has always been a cutting edge sports league (*snicker*) and we're about to see a prime example of their innovative design, when they cram the entire offseason into 2 weeks. No, really. The crack team here at MHH (pictured above) all have their shirtsleeves rolled up and plenty of Arby's sauce on ice, ready to cover, well, all of it. Here's some key upcoming events:

Monday - We'll take a look the defensemen the Avalanche should chase in free agency this summer...plus a few guys they shouldn't.

Tuesday - The NHL is releasing next season's schedule, a month or so earlier than normal. We already know the Avalanche will play on opening night October 7th against the defending Cup champions. Tuesday we'll find out about the other 81 games. The Avs' preseason schedule will be announced as well.

Wednesday - The NHL Awards show in Las Vegas hosted by (I'm not making this up) Jay Mohr. Tune in to watch Matt Duchene and Joe Sacco wear a tux and clap politely when Tyler Myers and Dave Tippett win the Calder and Adams trophies respectively. And stop on by here at  MHH to participate in the live thread mocking said festivities.

Friday - Round one of the NHL draft happens that evening in Los Angeles. Angélique will have a preview that day, we'll have a live thread that evening and recaps up at some point after. I personally will be away at the Cape that weekend with no internet access. You guys will fill me in on what happens, right?

Saturday - The rest of the draft, covered, as usual, with our amateurish expertise.

Sunday - Go outside and get some sun or something.

Monday, June 28th - Week two of the offseason. I hope to have the UFA forward article ready to go. If not, I'll copy something from Eklund and throw it up. This is also the deadline for QOs to be tendered for RFAs. We should know the status of most of the key players by then (Stewart, Mueller and Quincey), but we'll still be trying to find word on any stragglers (Peltier, O'Neill and Burki).

Wednesday - The eve of free agency. We'll probably throw up one more Kovalchuk thread, just to milk the last bit of mileage out of that before he signs with Chicago.

Thursday - Free Agent Feeding Frenzy. Free agent day live threads are always a blast here at MHH. Stop in and enjoy the witty banter and insightful analysis as we cover the hell out of the first couple of days of free agency. After that, we go into hibernation, because no one cares who Barry Brust signs with in late July.

And with that, the NHL's offseason is pretty much over. Oh sure, the Avalanche Development Camp will probably take place the following week, but then that's about it until Training Camp in early September. Needless to say, it will be a busy couple of weeks and will require razor-sharp precision and planning on our part. Of course, we'll end up just winging it as usual, but that usually works out okay in the end.