No Word on Kelsey Tessier

Share All sharing options for: No Word on Kelsey Tessier 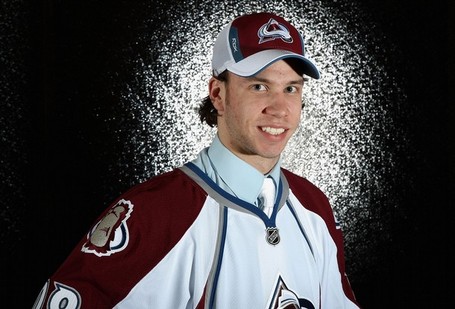 We're still trying to find official (or unofficial) confirmation, but it does not appear that Kelsey Tessier has been signed by the Avalanche by the June 1st deadline. It had already been reported that Peter Delmas would not be signed, but there was some thought that the the Avalanche would sign Tessier. If I understand the CBA correctly, Tessier and Delmas will both go back into the draft this summer.

Tessier is a 5'9" center drafted in the 4th round of the 2008 draft. He scored 53 points in 54 games in the QMJHL last year (playing for Patrick Roy's Quebec Remparts and the Moncton Wildcats).