And Now, Your Host: Jay Mohr

Share All sharing options for: And Now, Your Host: Jay Mohr 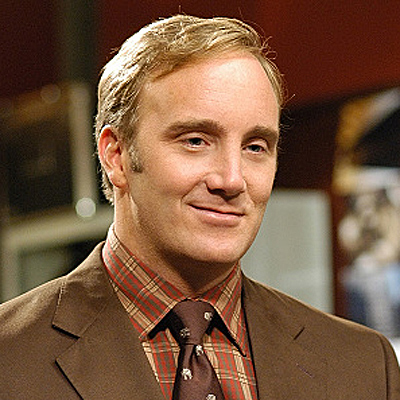 The NHL Awards ceremony is happening tonight in Vegas. I won't be watching, and it's not because of Jay Mohr or the "superstars" to be featured on the show, like Snoop Dogg, Mark Wahlberg and Jamie Kennedy. Tempting as that all is, I'd rather be washing my hair. (For those who do dig seeing their favorite entertainers stiffly read lame gags from a teleprompter, we will have the requisite live thread up this evening).

Realistically, both individuals are facing some long odds to win. Duchene is up against defensemen Tyler Myers from Buffalo and the aforementioned Howard.  All had fine seasons. Duchene scored 55 points to lead all rookies in scoring. Myers had 11 goals and 48 points from the blueline. Howard had an off-year by his standards, but still managed to coast to a 2.26 GAA and a .924 save percentage. Myers seems to be the odds-on favorite here and I don't really have much ammunition to argue that. Frankly, I don't understand how one can compare rookie seasons from two different positions, let alone three. You can compare Duchene to John Tavares or Nic Bergfors and you can compare Myers to Michael del Zotto and Howard to Tuukka Rask...but how do you compare those guys to each other? At any rate, if Duchene were to win he'd have the lowest point total by a forward since Chris Drury won it in 1999 with 44 points (beating out Milan Hejduk and Marion Hossa). Don't bet on it.

While I can't argue for Duchene, I absolutely can argue that Sacco deserves the Adams trophy. Dave Tippett, the presumed winner, turned around a bad Phoenix Coyotes team, improving them by 28 points. Joe Sacco turned around a terrible Colorado Avalanche team, improving them by 26 points. Tippett's team improved their offense by about 8%. Sacco? 22%. Tippett's team cut their goals allowed by 20%. Sacco's? 10%. Dave Tippett turned Wojtek Wolski from a butterfly to a bumblebee. Joe Sacco turned Peter Mueller from a 4th line retread into a top flight winger. To me, we're pretty much at a wash. At this point in the article, I think you could vote for either guy and feel good about yourself.

Here's where the pendulum swings, in my opinion. Joe Sacco did all that with almost double the amount of injuries. The Avalanche lost 352 man-games to injuries last year, 2nd most in the league.  Phoenix? 186. Joe Sacco's team was one of the youngest and least-experienced to boot. The Avalanche's ten (!) rookies combined for 355 games last year. The Coyote's three rookies played in a total of 66 games. I won't even mention that Sacco did this all in his first year as an NHL coach, while Tippett just finished his 7th. Oops...too late.

Seriously, I think the job that Tippett did amongst all the uncertainty in Phoenix is impressive. Tippett has never won an Adams trophy, and that's too bad. This year, though, that award should go to Joe Sacco and, really, I don't even think it's that close. Of course, my vote counts as much as Team USA's 3rd goal against Slovenia last week: it doesn't. Tippett will win tonight, but it will be the wrong choice.