Rampant lamentations about Greg Sherman and the Avalanche front office game-plan of doing their best Osama impersonation by hiding away in a cave of silence and inactivity this free agent season have dominated our site of late (well, that and some Russian sniper toying with our emotions at every turn!!). Free agency is often over blown with hype anyway, but this year does seem to be even more of a downer than we've become accustomed to. Like many fans, I was a tad disappointed that the Avalanche weren't making a huge splash and making visible efforts to improve the team RIGHT NOW - but that's because I'm fan and patience is not a virtue many of us have in spades. I want my instant gratification and I want it now! Stanley Cup, just add water.

But as the dull days of this underwhelming free agency period sludge by, I'm beginning to come around to the Avs "plan". Often times people criticize an organization for "playing it safe" or "following the crowd". I'll play devil's advocate and suggest that what the Avalanche are attempting here is both bold and refreshing, if not completely boring.

In the time of quick fixes (plastic surgery, the Kovalchuk trade to the Devils, the dreaded Snuggie, etc.), it is the Avalanche who have taken the boldest stance by rejecting the old "buy your way out of the cellar" remedy, by orchestrating their own plan, foundation, and recipe to restore the franchise to it's former glory. I could be dead wrong, and maybe it is all about the money, but I'm trying to bring some optimism to these listless days of lethargy.

I was watching the draft via an illegal online TSN feed, and I was even composing a post about how great Emerson Etem was as the 17th overall pick by the Avalanche. I had it all ready to post with videos, stats, breakdowns, and photos. Then, Greg Sherman came to the podium and introduced the scout or whoever that would announce their pick. As my finger proudly hovered over the "publish" button and I sat ready to bask in my infinite wisdom and prediction prowess, they announced "Joey Hishon". To say that the Staples center went crypt quiet would be an understatement. Joey Who? From what team? Which league? Huh? WTF!!

Even the TSN announcers stammered as they struggled to spew out some stats or scouting reports. The experts were befuddled. When the Avs announced their pick, you could detect a bit of a knowing smirk on their collective faces as they pulled a pick from left field. They were supremely confident in their pick. They didn't care what anybody else thought. They had their ideas and evaluations of players and didn't give a second thought to Central Scouting's Rankings or media hype. The Avalanche organization developed their own criteria for what they are looking for in players, and it appears that they will stick to their guns no matter how long the rebuilding process takes.

"There are certain traits we use in our evaluation of players that are very important to us, and compete, skill and instinct are major components. Joey fit the bill. Opinions are varied, depending on which list you're looking at, but for us it was right on pace." - Rick Pracey, Avalanche Chief Scout

So despite all the lamenting over the Avs not pursuing big names or stars this free agency summer, and their seeming procrastination in re-signing Stewart and Mueller, I propose we give the Avalanche the benefit of the doubt and wait to see what they can drum up when left to their own devices and schedule. Patience is a virtue. And with the quality job they've done with recent picks this year and last, AND the astute signing of Craig Anderson last summer, I believe they've earned our patience. Just a little patience. 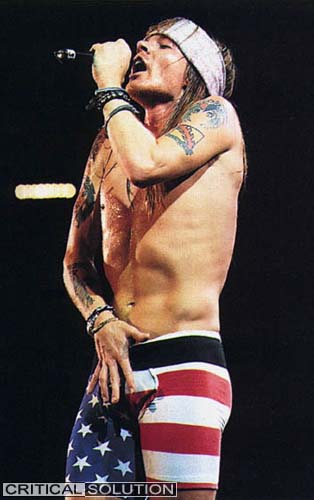 Of course, if patience takes you from that (above), to this (below), then screw patience. Lets give them 3 more days to re-sign Stewart, then we charge Speer Blvd and burn down the Pepsi Center. 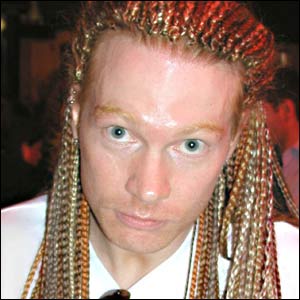