Stopping By To Say Hello!

Share All sharing options for: Stopping By To Say Hello! 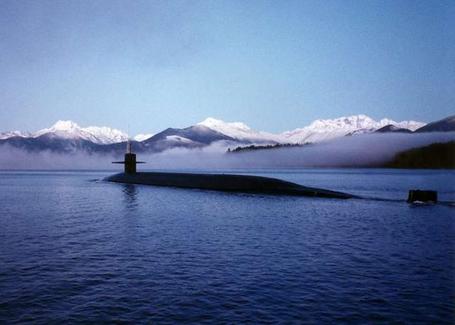 Hello everyone! I was able to get off the submarine for a day and figured I would post a quick note on here letting all the faithful readers out there that things are going good under the ocean. Well, as good as can be expected being on a submarine for months at a time. In the post of the email I sent DDC to post on here, I noticed someone saw the Discovery Channel show Mighty Ships which was filmed on the USS Kentucky, the sub I'm stationed on. To answer your question, yes I was onboard when the film crew filmed the show. If watch close enough, I'm even shown in the episode about 4 or 5 times. For everyone in the USA, I'm not sure when it's going to air, but it was only initially shown in Canada.

Well, it's getting pretty late and I've got to catch an early boat back to meet my sub. Hope everyone is doing well and enjoying their summer so far. By the way, I'm glad to see that I haven't missed too much in the way of the Sherminator going out of his way to land big free agents. Well, until I get back home, cheers!