Fun with a gun: the Shootout

Share All sharing options for: Fun with a gun: the Shootout 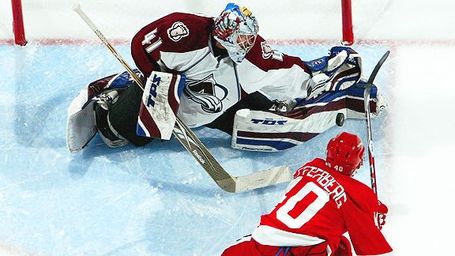 Love it or hate it, the shootout is here to stay for the foreseeable future. I pray it never enters the playoffs, but I don't have too much of a problem with it after the 5 minute 4-on-4 OT during the regular season. A 10 minute 4-on-4 OT (with no timeouts/commercial breaks) before the shootout would be more interesting though.

Regardless of any of that crap, I thought it would be interesting for our Avs fans to get a little more acquainted with the shootout - especially since last season's playoff appearance was clinched with it (thanks Dutchie).

To see how the Avalanche stack up against other NHL clubs, and to discover which Colorado players are bona fide studs or duds, read on.

Since the NHL adopted the shootout as a marketing ploy to excite fans and get rid of annoying tie games, the Avalanche have the 9th most wins in the league, with 31. Their record is 31-22 for a .584 win %, 7th all time. The Avs are good one on one.

In preparing this chart, it became more apparent than ever that the shootout is moronic and doesn't tell you anything about how good/bad a team is, or how far they may go towards winning the Cup. But that's not what it's about. It's about bringing in fans, which I think it probably has.

The seemingly only effect the shootout itself has on the teams is getting/losing a few extra points towards playoff/draft positioning. The Devils and Stars have been the biggest beneficiaries of the frivolous system, registering an extra 39 points each. The Flames sit at the bottom of the stack, cashing in only 14 extra points thanks to shootouts. Where as the Ducks have squandered the most opportunities leaving 35 points on the table by losing shootouts. And the poor Panthers......well, at least they had a great draft. 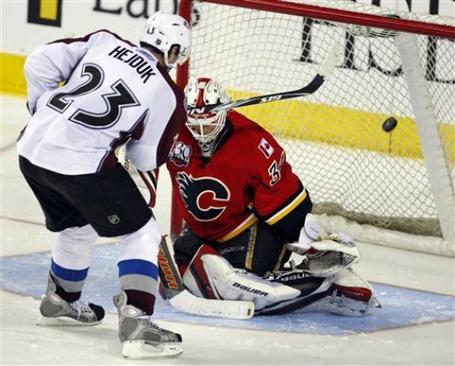 Hejduk leads all active Avalanche players with 16 shootout goals in 41 shots for a 39%. Here's your active Avs' stats. McLeod should quit now and forever be perfect (as in the Highlander, there can be only one!), and SoS should never shoot again. Seriously Sacco, just send somebody else. Anybody. How 'bout Cumiskey? Or anybody else? Mueller? Mueller?

Svatos actually led the team last season blasting home 4 out of 7, or 57.1% of his attempts - and you thought he didn't do anything last year! Other former Avs performed like this: Hendricks 1 for 2, Tucker 1 for 3, Wolski 1 for 8. 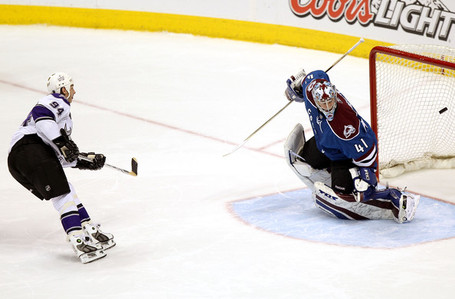 Brodeur leads all active netminders with 34 shootout wins. If you take those away from Marty, his 602 record wins drops down to 568. That's still 17 more than Roy had without the help of shootouts. Lundquist (30), Miller (29), Tim Thomas (22), and Lehtonen (21) round out the top five. It's Lehtonen however that leads all those studs with a .755 save %.

So what does all this mean? I have no idea.