The Avs No Longer The Free Spenders Of the NHL

Share All sharing options for: The Avs No Longer The Free Spenders Of the NHL 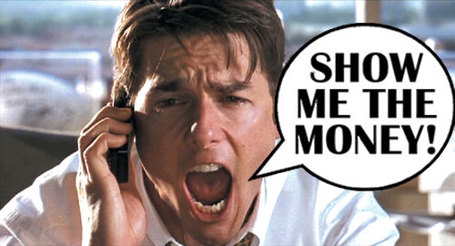 A lot has been made over the summer about whether or not the Colorado Avalanche were going to be able to make it to the salary cap floor of $43.4 million. This was not always the case.

When you have a team owner with pockets as deep as E. Stanley Kroenke the sky was always the limit. There was no free agent that cost too much, no trade that was too risky for this team. To a lot of people, this made the Avs one of those teams that you either loved...or absolutely hated.

It had been no secret that NHL owners were not happy about the economical state of the League. They were not making, in many cases losing, the kind of money that they needed to sustain a successful franchise. One of the biggest ways teams make money is by putting fans in the seats. There were a few teams out there like the Avs, who were selling out every single game night in and night out. Thus enabling them to be able to go out and get just about any player they wanted.

Prior to the the 2004-05 season, it had been reported that NHL teams about 76 percent of their gross revenues on player salaries. This number was significantly higher than any of the other 4 major sports league. Owners also reportedly lost $273 million during the 2002-03 season.

Following the lockout, the salary cap as we know it was born. Every year the salary cap gets adjusted to each year guarantee the players 54 percent of NHL revenues. Player contracts are also now guaranteed contracts similar to players in the NFL.

Here is a look at what the Avalanche's payroll over the last several years and the highest paid player that season:

As of this writing, the Avalanche's payroll is $43,286,666 with the highest paid player being Paul Stastny and a salary of $6,600,000.  The biggest reason that I can think of for staying close to the floor right now is because they know that in a couple of years when the entry level contracts of Matt Duchene and all of the other Young Guns expire, the team is going to need that almost $19 million in cap space we have.  Right now the salary cap in the NHL is set at $59.4 million.