Share All sharing options for: Game 48 Preview: Boston at Colorado 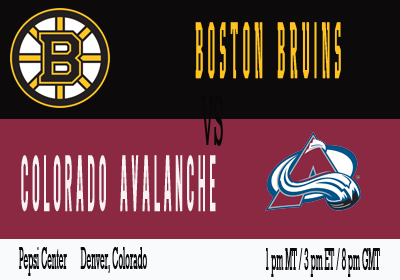 So. Last game the Avs were throttled by a defensive team with a hot goalie. But today, luckily, they face...what's that? A better defensive team with an even hotter goalie? Oh good. After last year's underwhelming season, capped off with the disaster against Philadelphia in the playoffs, Boston has bounced back to being one of the better teams in the East. Tim Thomas, in particular, is having one hell of a season after being written off as Tuuka Rask's backup during the summer. He is leading the league with a .945 save percentage, a 1.83 GAA and seven shutouts. Of course, he has plenty of help from the monstrous Zdeno Chara and the rest Boston's Hunwick-less defensive corps. Surprisingly, Boston's offense has also been pretty good, sitting at seventh in the league despite Marc Savard only putting up 10 points in 24 games.

There are a lot of players to watch on the Avs today. T.J. Galiardi might be making his return to the lineup after his comically short trip down to Lake Erie. If so, hopefully he'll impress Sacco enough to stay. Matt Hunwick might also be in one way or another. If he is and he doesn't show any fire against his old team, I might write him off completely. Ryan Stoa is still trying to make his mark. Craig Anderson will hopefully have a bounce back game. I'm always eager for a Brandon Yip sighting. But the person I'm most hoping to see a big game out of is Chris Stewart. He's had a few games to get back into the swing of things now. With Flash going down, it's essential that that Stewie get back to his goal scoring ways and soon. No time to waste with Minnesota and San Jose (depressing season for them, huh?) nipping as the Avs heels.

Hopefully this will be an entertaining game. We only get to see Boston once a year after all. The Avs should be jazzed up since they get to practice with Peter Forsberg during their morning skate. Matt Duchene certainly seemed excited enough on his twitter page.