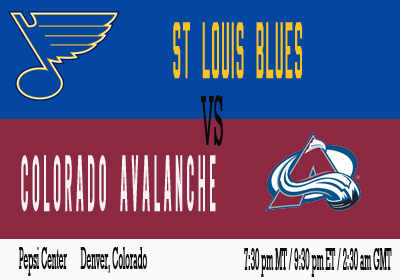 The last time I did a preview was last Thursday. The Avs were set to square off against the Predators and, with a win, could have moved up to 4th in the Western Conference. Since that morning, a few things have happened. Tomas Fleischmann was lost for the season (get well soon, Flash!), the Avalanche lost two games by a combined 11-3 margin and dropped to 9th place, T.J. Galiardi returned from the shortest exile ever and Peter Forsberg finally released his long-awaited follow-up album, Chinese Democracy.

I think I might have one of those wrong, but the bottom line is the same. Off the ice has been wild and crazy and on the ice has been decidedly meh. I know the defense is getting a lot of the blame for the last couple of games, followed closely by the play of Craig Anderson, but I personally think the team has looked poor in all facets of the game. Nothing seems to be working well right now. Speed in the neutral zone is non-existent. Some games the Avs have tried the dump and chase to get the puck into the zone, other times they try to carry the puck in. Neither seems to be working very well. Players aren't getting in front of the net, or winning battles in the corners, or forcing turnovers or playing physical or...well, it's a pretty big list. We can't blame all of that on Matt Hunwick, folks. This team is just not playing very good hockey right now. And it doesn't look like there's a quick and easy fix.

The Avs are facing a St Louis Blues team that's been struggling lately (2-6-2), but I think we all know that there are no easy opponents in the NHL. However, Chris Stewart has 15 points in 8 career games against St Louis. He has 2 points in 4 games since returning to the lineup, and tonight would be a great time for him to bust out. No Hensick for the Blues - he had been with the Blues recently, but was returned to Peoria on the 11th.

The Blues lead the league in penalty minutes per game, but before you start daydream of powerplay kittens, that's mostly because they have a league-leading 48 fighting majors. To date, they have 199 minor penalties, just one more than the Avalanche.

Budaj is the starter tonight, according to Dater. Left Wing Lock thinks Halak is the likely starter for the Blues.