Share All sharing options for: Islanders at Avalanche, Game 16 Preview 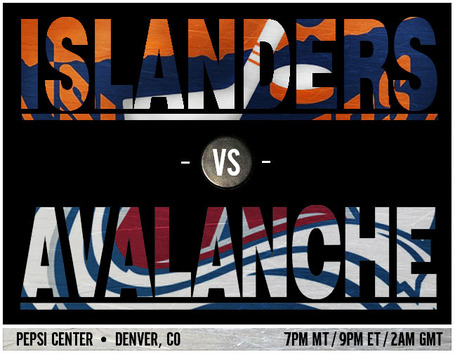 It seems only fitting I'm listening to The Misfits while typing this out because both teams are full of them. Why is Matt Hunwick in Denver? Why do the Islanders insist on hanging on to Evgeni Nabokov when he's clearly their third best goalie? Is it any surprise a team run by a former NHL goalie seems to have 2-4 on hand every year (or is this just a Rick DiPietro side effect?)? Is it grammatically correct to have two questions marks that close to each other in one sentence?

Before the annual John Tavares =/= Matt Duchene debate kicks off, let's talk about other stuff. First, it's always fun for Avs fans to see the team we're about to play is bad, so let's do that. The Islanders currently reside in last place in the Eastern Conference (4-6-2 10 pts) and only have 2 players without negative +/-, Mark Eaton ( +1) and Matt Martin (Even). They have some exciting young talent in their Top 6 but all except John Tavares have started out very slowly (sup, Kyle Okposo), creating a bad combination of lethargic offense and Evgeni Nabokov.

The bad news for Avs fans is the Islanders have been one point better than the Avalanche over their last ten games, going 3-5-2 to Colorado's 3-6-1. So they have that going for them. The biggest factor in the Isles favor is, amusingly, the game is going to be in Denver, where the Avalanche currently hold the league's lowest home win total at 1. Seriously? Even Columbus has 2 and they only have 5 points the entire season. That I'll be in attendance (of course, it's the Islanders!) means the Avs go into the game with an uphill battle ahead of them. This whole swooning at home thing can't last forever, though, right?