Share All sharing options for: Flames at Avalanche, Game 14 Preview 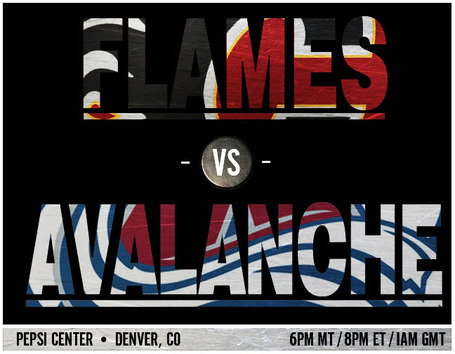 So, what are we going to get? Are we going to get something along the lines of Wednesday's game against Phoenix that literally put me to sleep? Or will we get the barn-burner that we got against Dallas on Friday that I was unable to tear away from no matter how painful it was at times? It's probably somewhere in the middle, but I do know this: the NHL could use a little more of the latter and a lot less of the former.

The Avalanche host the Calgary Flames tonight, aboot 10 days after losing to the fire guys in a snoozer in Calgary. And they'll play each other next Sunday and again in early December before giving us a break from having to look up the correct spelling of Kiprusoff until late March. Phew.

I'll be honest here and admit that I will not be watching tonight's festivities. The Avs are my favorite team, but the Pats are a close second and they play just 16-20 games a year. So, I'll be watching the New England secondary get lit up by the NFL equivalent of a backup goalie in Marc Sanchez. and probably screaming at the TV while all of you are typing similar bad words about the Avalanche defense. Maybe we can meet up at the end and compare notes?