Share All sharing options for: Blues at Avalanche, Game 35 Preview 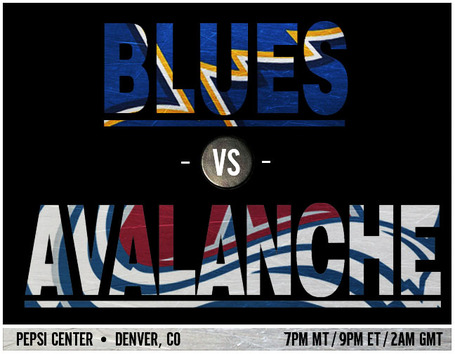 Boy oh boy, we're going to see some "Revenge of the Ex-Avs" tonight. There's no doubt more money will be on the boards in both locker rooms. The Blues will certainly be feeling very confident, given their play since coach Ken Hitchcock took over (13-2-4). The Avalanche should also have some as they will be going for their 7th straight win at home.

Here are the story lines:

Tale of the tape, courtesy of the Colorado Avalanche: