Daily Affirmation: a look at MHH writer's ability to jinx/bless the Avs

Share All sharing options for: Daily Affirmation: a look at MHH writer's ability to jinx/bless the Avs 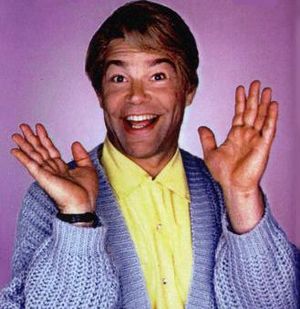 With 34% of the season complete, it felt like the opportune arbitrary time to take a narcissistic glance at how the Avalanche fair in the win/loss column compared to which of your beloved MHH writers pens the previews and recaps. Yes, this is a little self-serving, but every now and then you have to look in the mirror and tell yourself: "I'm good enough, I'm smart enough, and doggone it, people like me!" - Even if you know it's a dastardly lie and that if you admit the truth your world will crumble down around you with glee as you're left to drown in the ashes of your failures.

Now, let's have some fun kids!

*too many writers on the recap. DDC & Derek covered the same recap. Both take the loss.

David Driscoll-Carignan: As expected, DDC is our Craig Anderson circa 2009-2010, carrying the majority of workload and starting hot. DDC's preview win percentage sits at an impressive .533, while his recap percentage is a solid .500. Obviously, he is more of a first period type of writer and fades if the games chug on past his Eastern Time Zone bed time. He also has turned into a bit of a preview-hog as he has taken 6 straight previews for MHH. But hey, it's all about the 'W', so who cares as long as he keeps winning.

Mike@MHH: Like Wayne Gretzky said," Mike misses 100 percent of the previews he doesn't write" - or something like that. Mike has recapped two Stars games and is 1-1 on the season. Why does Mike choose the Stars? Maybe because they're the closest team to his home state and he gets them on local TV and doesn't have to steal cable from the neighbors. Mike doesn't do previews. Allergies.

Sandie Gauthier: Sandie plays it safe. She has shunned previews and had only recapped one game before last night's implosion. What is that one game she choose to recap? The tilt against the league worst Islanders. Way to pad your stats Sandie. You fool no one! And after the loss last night, Sandie has fallen back to Earth and sits at 1-1. [edit: The Islanders aren't the "league worst", they just feel like they should be]

Cheryl Bradley: Another of MHH's heavy hitters, Cheryl began the season with a jaw dropping 3-0 start on both the recaps and previews, but has been unable to maintain the hot start. She has gone 0-4 in the 4 previews since her amazing debut, and has seemingly retired from recaps altogether while adopting the George Costanzian wisdom of going out on a high note.

A.J. Haefele: Also went out on a high note, previewing only the same sure-win Islanders game that Sandie recapped, to maintain a prefect record. A.J. avoids recaps altogether. I don't know, it's all sounds a bit Wolski to me....

Derek B: Derek hasn't logged many minutes on the preview, but his work on the recap has been admirable. His win percentage may only be .400, but his 7 starts show he is here to stay. So long as he works hard, he'll get himself out of that funk. In fact, he currently rides a 1 game win streak.

Brett Shumway: Wow. Just abysmal. I'm an inept 0-4 on previews and an ugly 1-5 on recaps. That's a combined win % of .111. But I had a strong outing on Sunday against the rival Red Wings and I feel like I'm turning the corner. Pray for me.

Americanario: Called up on a weekend to help with the recap while the MMH staff holidayed in the Poconos, Americanario took the loss against the Flames and was subsequently dropped back down to the comments section. His hard work and willingness to go into the corners of the Internet bode well for another call up.

[Edit: Chiavsfan actually did the recap of the Hawk's game the Avs won, but Cheryl posted the recap. So it's kind of like last night's game: Loungo gets credit for the win, but Schneider did most of the work....]

More observations after the jump...