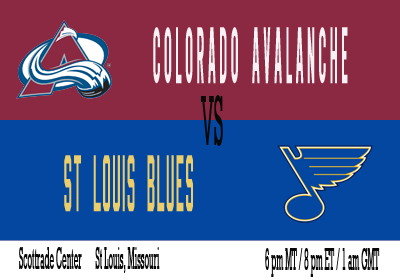 ** UPDATE: According to Mike Hayne's via Twitter, tonight's game has been postponed.

** UPDATE 2: Terry Frei says no makeup date has been announced, but it doesn't look like it will be tomorrow

The Avalanche are in St Louis tonight to take on the Blues at the Scottrade Center, at game featuring two teams that have really been struggling lately. I already went into all of the sad stats yesterday, so I won't further waste your time (or mine) here today. Suffice to say that the Avalanche need to get things going here.

The Avs will be without the services of David Jones, who suffered a shoulder injury in a freak injury on Wednesday- he slipped and fell skating to the faceoff circle. Perhaps I'm being snarky, or perhaps it's because I'm reading the Cardinal and the Kremlin right now, but couldn't help but think of Soviet Russia when I read the following sentence announcing the injury, just a scant 5 days after it happened.

The Avs also revealed on Monday that David Jones will be out indefinitely with a shoulder injury suffered during Wednesday's loss to Phoenix.

Uh, thanks for the morsel of information. Ryan O'Reilly is back in the radar, though, and may play tonight. Craig Anderson will start for the Avs.