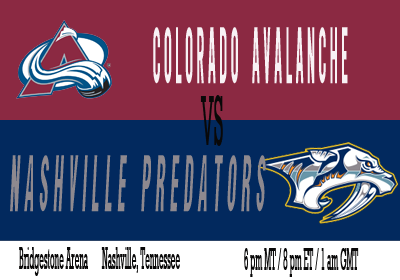 The red-hot Avalanche take on the Nashville Predators tonight in Tennessee. The Avs have a cushion now in the tank race, as they are now 3 points ahead of Florida in the Race To Futility. So, a win tonight wouldn't knock them out of 3rd overall in the tank standings. However, they are now just one point ahead of the red-hot-for-real Senators who play Buffalo on Sunday.

The Avalanche are a little banged. I mean, a little MORE banged up. Milan Hejduk left the game with a shoulder injury, Paul Stastny left the game with a back injury. No worries, neither were big factors of the Avs' offensive juggernaut anyway. I thought I read Matt Hunwick was also injured, but I might be hallucinating after my all-nighter. If Hejduk and Stastny can't go, the Avs will need to call up some players, as they had no healthy scratches at forward last night. John-Michael Liles missed the last game (wish I could say the same) and is supposed to be a game-time decision today.

And, speaking of injuries:

The Avs will officially top their man-games lost to injury totals of last year tonight. Please, everyone, celebrate responsibly.