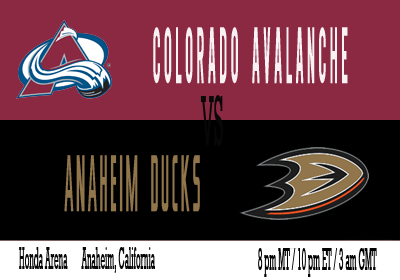 You know, I've always kind of liked the LA Kings. I'm a native of southern California and started getting into hockey when Marcel Dionne, Charlie Simmer and Dave Taylor made up the formidable Triple Crown Line. I'm a fan of many players on the Kings today - Smyth, Doughty, Kopitar - and have at least a mild respect for many of the other players. Heck, I even like Dustin Penner. So, while I didn't enjoy seeing the Avalanche get stomped by the Kings in all four games this year, at least it was the Kings. You know?

Not so with the Ducks. I was long gone from California when the Mighty Ducks of Anaheim came into being with their cartoon logo and Disney-branded name (and no, I've never seen the movie). Over the years, I've been at best apathetic about the stupid Ducks, but usually it devolves into downright hatred. Oh, and their dopey logo and stupid team name have actually managed to get worse over the years. Great work, folks! There have certainly been some Ducks (Mighty or otherwise) that I've liked: Selanne, Kariya, that Joe Sacco fella (who had his best season in a cartoon uniform). But my dislike of the team is right up there near the top of the list.

I can cope with a sweep by the Kings. The Ducks? Not so much. Not that there's much to indicate the Avalanche will be able to avoid it. The Avs have dropped their last five to Anaheim and are a decidedly-not-awesome 2-11-2 over the last four years.

The Avalanche have 8 games left and 6 are against teams currently in the hunt for a playoff spot, so we shouldn't expect to see that W flag too many times at the end of our live threads. But, I'd love to see one tonight (even if I won't be staying up for it).