Game 74 Recap: Ducks Fly Away With 5-4 Win Over Tanking Avalanche

Share All sharing options for: Game 74 Recap: Ducks Fly Away With 5-4 Win Over Tanking Avalanche 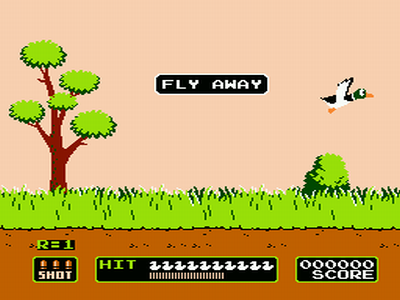 There is no doubt that the effort was there tonight. Unfortunately though like so many other times throughout the last month and a half, the Avalanche came up lame.

The early power play goal by Ryan O'Reilly, the fight between David Koci and George Parros, and the couple of clutch saves by Brian Elliot that lead to Matt Duchene's 27th goal of the season for a 2-0 lead. Oh yeah, all of that happened just over five and a half minutes into the game.  There were also several big hits by both teams.  Had it not been for some really huge saves by Ray Emery, this game would have gotten even more out of hand.

With the amount of talent and leadership that is on the Anaheim Ducks roster this wasn't going to last forever...could it?

Nope. Teemu Selanne decided that tonight was going to be all about him, and then it was so. Less than a minute he was awarded a penalty shot when John-Michael Liles placed his hand over the puck inside the crease. The Ducks could have picked anyone on the ice to take the shot, but not picking Selanne would be about as smart as trading Chris Stewart for Jay McClement, wait, never mind.For the record, he looked A LOT like the last guy to wear #16 for the Avs tonight, stop haunting us ShamWow!

After that the Ducks took control of the rest of the second period. They absolutely were pressing the Avs at every opportunity and forced the Avs to make several mistakes including the one that lead to the bad bounce off Erik Johnson's skate to tie the game. They seemed to land, in my opinion, the a devastating blow to the Avs very fragile psyche when Selanne scored off an absolutely god awful giveaway by Erik Johnson. There is no excuse for a weak back-handed clearing attempt essentially up the middle of the ice.

The Avs did manage to gain some momentum back after a nifty passing play by, Sandie's man crush, Daniel Winnik to David Jones near the end of the second period. The Ducks however would have none of that as they came out of the intermission forcing the play in the Avs zone and drew an early power play on one of the weaker tripping calls I've ever seen, Cameron Gaunce was called for the infraction. Cam Fowler was able to score his 9th goal of the season to give the Ducks a lead they wouldn't relinquish.

Anaheim would add a 5th goal by Teemu Selanne to complete the hat-trick and his 5 point night. In doing so the Finnish Flash became the first 40 year old to record 3 goals and 5 points in a single game, unfortunately he did it against a team he used to play for, no surprise there.

One player tonight that stood out to me as exceptionally awful in an otherwise decent game by the Avalanche was Erik Johnson. I can't really fault him for the goal that went off his skate, but there were several giveaways, including the one that lead to Selanne's second goal that are inexcusable for a player of his caliber and talent.

There's no doubt in my mind that this team is playing with some pride and are trying to play spoilers, but keep coming up short. The next chance for the Avs to play spoiler is on Thursday as the Nashville Predators come to town and try to climb up the Western Conference standings.

Derek's Three Stars of the Game: