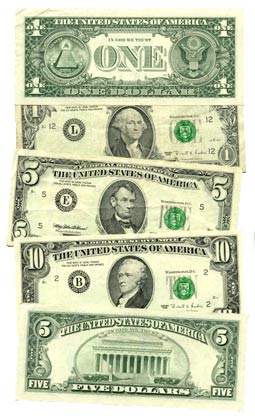 The 2011-2012 season has been on all of our minds of late and even though we had a pretty good discussion going in mfured's FanPost, I though I'd throw my hat into the ring on the salary cap issue.  All of my numbers are taken from nhlnumbers.com and I'm only really looking at Cap Hit, not salary. To that end, I've assumed the cap is nominally flat at an even $60 million which puts the salary floor $16 million lower at $44 million.

First up the forwards.  I've tried to go on the cheap for everybody here based on what is quickly shaping up to be the worst season in team history.  To that end, I've assumed that Milan Hejduk will be back next year at the same price as this year ($3 million) and Tomas Fleishmann gets a raise, but not to Hejduk levels.  That addresses the pending UFA's.  As for the RFA's, this is how I decided to roll:  T.J. Galilardi gets a raise to an even $1 million; David Jones gets a healty (no pun intended) raise (to $1.75 million) due to his career-year production; David Koci sails off into the sunset; and Kevin Porter, Phillippe Dupuis, and Ryan Stoa are all maintained for typical player league minimum of $660,000 (which is typically well above the minimum 5% or 10% raises due to RFA's).  That may be high, but it's conservative, in my opinion.

You'll notice that that's a lot more than 12 or even 13 forwards that would count toward a typical night-in, night-out 20-ish man roster.  Assuming that Mark Olver, Brandon Yip, Ryan Stoa, and Kevin Porter (or salary equivalents) are not on the roster that leaves 12 forwards and a total cap hit of $25.473 million.  If you assume Peter Mueller is done in the NHL but the Avs hold on to his contract for salary floor reasons, you add back one of the four guys mentioned above to bump the forward cap hit to $26.323 (assuming it's Olver's $850,000 added back).  We'll use this number for forwards for the rest of the discussion.

Next up is the defensemen.  I've waived goodbye to the stalwart Adam Foote and the streaky Kyle Cumiskey. Hunwick is only required to be qualified at 100% of his salary, but I went conservative (for this discussion) and gave him a 20% raise.  Ryan O'Byrne and Ryan Wilson got modest raises too, to an even $1 million each.  Shawn Belle got the league minimum of $660,000.

Again, that is a pretty deep roster, so let's assume that Cameron Guance, Jonas Holos, and Shawn Belle aren't rostered.  That leaves 6 defenseman and a total cap hit of $14.092 million.  That cap hit for currently signed players shown above includes Tom Preissing's $917,000.

Last, but not least is the netminders.  I've assumed that Peter Budaj will move on to other pastures since management can more easily control costs with Brian Elliott's RFA status for comparable performance.  Still, given his Budaj-like career path, I decided to again go conservative and give him a Budaj-like contract of $1 million.

That brings our roster count to 19, with only the one goalie under contract.

The total cap hit for that personnel above (Mueller's and Olver's numbers included) is $41.415 million, about $3 million short of my approximate salary floor. Even taking into account a 5% error on nhlnumbers.com's numbers or my estimates for some of the lower end guys, that still only gets you to about $43.5 million, still short of the salary floor.  For sake of argument, lets assume the numbers are good and go forward with the $41.415 million amount.

The opening night roster will likely include 1-2 more NHL/AHL tweeners and of course a second goalie.  In my world, those tweener guys CAN'T cost more than league minimum, so add another $1.32 million (2 x $660,000) to the bank.  Now we're at $42.735 million.  Or, in other words, one cheap goalie from making the floor.  And that's why I think you'll see J.S Giguere end his career with the Avalanche or Josh Harding start his (I figure either is going to fetch about $1.5 million to $2.5 million). I'd even venture that Peter Budaj is as likely a candidate for this roster spot as anybody else given the price vs. need.

Some interesting points of the analysis: