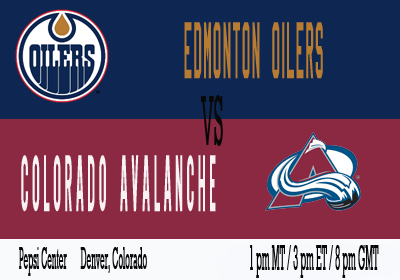 It's almost over, in several ways.

In a few hours, the two worst teams in hockey will put the closing touches on a couple of truly awful season. The Oilers had the worst record in the NHL last year, and will repeat those honors this year. They become the first team to repeat as the NHL's worst since the 1998-1999 Tampa Bay Lighting (their leading scorer that year? Darcy Tucker). For Edmonton, this will be either the 3rd or 4th worst season in franchise history, depending on how the game goes today.

The Avalanche will be finishing up their worst season since moving to Denver (unless they can find a way to get 3 points out of today's game). Superb!

It's also the final game for at least one member of the Avalanche. Adam Foote will dress today to play in one final game. Among other players who do (or will) have their numbers in the rafters, none really got to have a send off like Foote will today. No one knew Roy's last game would be that OT stunner. In Sakic's last game, he left early in a game in Phoenix and never played again. Forsberg retired before playing at the Pepsi Center this year. Bourque, of course, went out on top...but there wasn't much time in his final game to stop and get a standing ovation. Kind of ironic that perhaps the least heralded of the core of Avalanche greats is going to be the one guy who gets a proper farewell game.

Of course, Foote may not be the only person playing his final game in an Avalanche uniform tonight. Milan Hejduk's status for next year is uncertain, although it's sounding more and more like he will be returning. Peter Budaj is an unrestricted free agent this summer, as is that hot new defenseman, David Koci. Shawn Belle is a restricted free agent, but minor-leaguers generally don't get offer sheets (Ray Macias has already been sent back to Lake Erie).

And, might we be seeing Joe Sacco behind the bench for the final time? I don't really know how the winds are blowing on this one. I think the plan has probably been to bring him back...but this 4-26-2 finish to the season might change some minds? It's Pierre Lacroix's birthday on Monday...might he get himself a new coach for his big day?