The signs of spring are everywhere. The grills are coming out, the grass is getting green, the stupid neighbor kid keeps coming into my yard, the ice cream shop downtown is open, and I'm watching playoff hockey that doesn't involve the Avalanche. That can only mean one thing: it's time for the annual MHH report cards.

We kick things off today with Avalanche GM Greg Sherman. Now, any evaluation of Sherman is going to have to take into consideration that one factor that causes so much trouble in the world. No, not vaginas. Money. The Avalanche aren't spending money because they are "rebuilding". Yeah, that's the ticket. It has nothing to do with declining attendance or because the team's owner is saving his pennies to buy a football team. Two of them, actually. Yes, the rebuilding excuse is utter bullshit at best and, at worst, an absolute insult to a fan base that deserves better. But, Sherman doesn't make the budget...he just has to follow it. With that caveat in mind, here's a look at Sherman's second season as GM.

Uh, nada. The Avalanche did not sign one NHL free agent last summer although we're told there were some players available. Okay, forget the big fish, we could probably spend all day listing off lower-priced free agents that could have helped the team. Suffice to say, moves could have been made without breaking the bank.

As painful as it is, I do have to give Sherman points for his buyout of Tom Preissing. As we've discussed before, this move apparently was for one reason: getting the Avs to the cap floor. It's tough to see the Avs go this route instead of acquiring a free agent, but it's still a shrewd move for a frugal team. I hate that I had to write that sentence.

The drafting of Joey Hishon with the 17th overall pick was, um, somewhat controversial. Many experts felt that Hishon was taken too high, especially as he played just 36 games the previous season due to injury. The Avs maintained that they got the guy they wanted and now the pick is looking like a big win. Hishon had 87 points in 50 games in the OHL and has a chance to crack the Avalanche roster next year. Sherman also made three draft-day trades to maneuver to get Calvin Pickard, Michael Bournival (since traded) and Stephen Silas. It's way too early to evaluate the draft, but it appears the Avalanche had a well-executed draft-day plan to grab the players they coveted.

While Sherman skipped free agency, he wasn't shy about using trades to shape the team. Sherman made 8 trades between last June (Hensick for Talbot) and the deadline deal of Kevin Montgomery for Julian Shawn Belle. And that's 8 deals besides the 3 draft day deals. While the Belle and Talbot deals were relatively minor, Sherman made some BIG moves during the season, including the biggest deal of the year in acquiring Erik Johnson, Jay McClement and the 11th overall pick this summer for Kevin Shattenkirk, Chris Stewart and a 2nd rounder. He also acquired Ryan O'Byrne and moved the expiring contracts of Scott Hannan and Craig Anderson for useful assets in Tomas Fleischmann and Brian Elliott. The one head-scratcher is moving prospect Colby Cohen to the Bruins for Matt Hunwick. Even if the Avalanche didn't already have a glut of smallish, offensive defensemen on the roster and in the system, giving up Cohen seems like a big overpayment for a guy who has never scored 30 points in the NHL.

The Johnson deal will be the hallmark of Sherman's tenure in Denver though. It's not hard to see why the trade was made; Johnson made an immediate impact upon his arrival. However, Sherman gave up two players with a ton of potential in Chris Stewart and Kevin Shattenkirk. It's a bold move...but will it ultimately be the right move?

The Craig Anderson saga has been debated at great lengths here already. The short version is that the Avalanche offered a 2-year extension. Anderson wanted more years and, when a deal couldn't be reached, was moved at the deadline. Anderson has since signed a 4-year, $12.75 million deal with the Senators. Will the Avs regret not offering more years? We'll have to wait a bit before we have the answer to that, but right now it looks like the non-signing was the right move. Of course, the team still needs to find a starting goalie, but there's always free agency. Right? Right?

It's impressive that Sherman was able to make so many moves while keeping the team at the cap floor, and all of the deals he made were more or less cap-neutral moves. Overall, Sherman added some much needed size on the blueline in Johnson and O'Byrne (not to mention Johnson's booming shot). Grabbing Dan Winnik for a 4th round pick has worked out very well, as did the acquisition of Tomas Fleischmann (health notwithstanding). You can argue, though, that there was a little too much tinkering. Hunwick is a fine player, but was the move necessary? And will Johnson be good enough to make us forget about Stewart and Shattenkirk?

Greg Sherman has certainly made some bold moves in his tenure with the Avalanche - almost Pierre Lacroixesque. While the moves generally seem to be positive, the knock on Lacroix was that he was too quick to tweak the roster...and that's our fear with Sherman as well. For now, we're giving him a B. We sure hope he can find a starting goalie this summer...but that's for next year's grade. 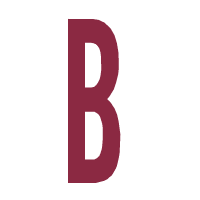