After a surprising breakout Jack Adam's nominated season in 2009-2010, Sacco suffered a serious sophomore slump in his sad second season (alliteration = triple "rec" points). While all the blame for the season that shall not be mentioned doesn't fall solely on Sacco's shoulders, he should feel very fortunate to still have a job. Let's ponder on some of the highs and lows of Meager Joe's breakdown year.

The Highs: On a nightly basis Sacco was sure to use his timeout, change up lines, sternly stare, bench somebody, and pull a goalie like they were Forsberg's groin. So give him credit for being an active bench boss (he was too often reactive rather than proactive, but he's new). Sacco should be praised for getting JML back on track, but that was more last season than this, although pairing Hot Pocket w/ Snatch proved quite beneficial. Both O'Byrne and Flash really thrived under Sacco's tutelage and perhaps were his brightest achievements. Sacco seems to understand Duchene and found good wings for him (until they were concussed into oblivion). Joe enjoyed less success on the other three lines, juggling and scratching until the wheels came off.The move of Koci to D was also a nice touch, but it seemed to be more of a default move once the injuries piled up, rather than astute and intuitive coaching. Despite all the disclaimers, Sacco did win a few battles here and there this season despite all the injuries.

The Lows: Galiardi, Quincey, ANY GOALIE, Yip, McLeod, team defense, "the system" and Matt Hunwick. Last season Sacco's system seemed to be: "we're faster than everyone else!". Ask anyone, and that's what they'd say about the Avalanche: "they're fast". That doesn't seem like much of a system. The biggest blemish on the season was the league worst defense (3.5 GA p/game and 76.1% on the PK - both league lows). Blame the small, young, offensively minded defense all you want, but the TEAM DEFENSE was appalling. Something is broken, and that is on the coaching staff and their "system". Even the sunny-side-up Altidudes admitted a few times that the Avs had "blown coverage". The whole team too often either just stared at the puck or scrambled helter skelter in their own zone, but without effectively pressuring the puck. It wasn't the 73 different defensemen that dressed, it's a team wide epidemic of stagnant defense. And the "messages" that Sacco sent to players last year (Liles, Stewart, etc.) to get them motivated and back on track, just weren't working this year. Bleacherreport posted a quality write up about that here.

Analysis: "Player's coach" Joe Sacco started his 2nd season with a good deal of expectation, strengthened by a solid-looking lineup. By the time Mrs. Sacco thawed the Christmas ham, that roster would appear vastly different, and expectations would fly out the Bang Bang Bus window. Injuries probably played the biggest factor in the Avs' dismal season, and Sacco can not be blamed for those misfortunes, but the Avs dealt with a plethora of injuries last season (352 man-games lost last to season to 464 this year), and battled through them and won - in large part due to Sacco's reported coaching style, pushing and motivating players to play to, or above, their potential. However, this season was a different story. All too often, the team seemed unprepared when the puck dropped. And Sacco appeared to be slow to make recognize situations and make effective adjustments in-game. Players also seemed frustrated by Sacco's doghouse, wheel of D, and drill Sargent demeanor. I mean, who would want to be traded, let alone woke up early from a nap:

"The coach (Joe Sacco) actually came in the room and woke me up, and by the time I looked at my phone I had three missed calls from the GM (Greg Sherman)," said Stewart.

Clearly, Sacco is a bastard of unequal proportions. Here's another quote from Stewie talking about chemistry and "team". Guess which team he's NOT talking about:

"I hit the ground running. We were winning hockey games. A couple injuries along the way were the downfall for us. There's a special bond in this dressing room that I felt as soon as I got here. There's great guys around here and I'm really excited for next year."

This evidence seems fortified by the exponentially downward spiraling performance of the on-ice product. We human folk can not be coldly cajoled do to something for too long without repercussions, and my oblique observation is that Sacco's hard-nosed style wore certain players down and killed the enthusiasm. Professionalism and hard work should be inspired by example, not solicited by fear or anger (see Joe Sakic). When you're winning, it's a little easier to endure a tough coach, but when losses start piling up, a hard-ass chief on the bench only compiles the frustration. This team didn't look like it had fun from Jan-April, with the exception of Foote's fond farewell - but they were playing for Foote that night, not Sacco. 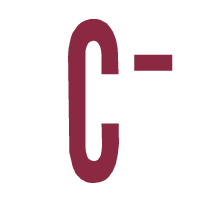 Again, we're not in the locker room so this analysis is speculative at best. Which means it's gospel and blasphemy all wrapped up into a nice little ball of hate and love - just like mama used to make!