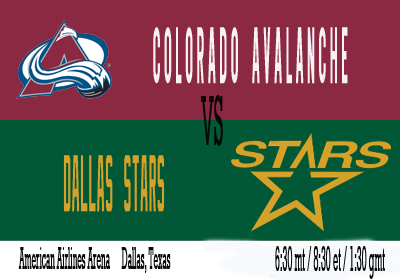 The Avalanche visit the Dallas Stars tonight in the first of a home-and-home series that concludes on Friday in Denver. Of course, these games mean essentially nothing to the Avs and pretty much everything to the Stars. Dallas currently has 91 points and can get to a maximum of 97 points. As the two teams they are trying to catch have 95 points, Dallas needs to win at least two out of three to have any chance, and probably need to win all three (they close out against the Mild on Sunday). So, will the Avalanche be spoilers or enablers?

What a quirk it is to have the Avalanche, losers of I-don't-know-how-many-of-their-last-whatever-number games, in a situation where they potentially are slated to play three consecutive games against teams that they've yet to lose to this year. They were 3-0 against the Blues going into Tuesday's game (yeah, that worked out well) and are 2-0 against the Stars this year. But, Dallas and Colorado haven't meant since the Avs' 20th game of the season and I hear some things have changed a bit since then.

Programming note: no idea if there will be a recap tonight. I'll be away attending a real hockey game (read: AHL) and we're kind of short on writers. *Guffaw* Problem solved: We've got a collaborative effort on tap for tonight. Use the blockquotes and incorporate or add-to the previous stuff in the GDT as the game progresses. A couple of minutes after it's over, I'll copy/paste and get it up on the front page. Gonna be the 4th or 5th best recap we've ever had on this site.