The memorial turned out to be very touching, and many fans came out to pay their respects. The morning was the busiest time with about 30 people at one point. Some visitors included friends of the players, including two gentlemen from Russia. It was bittersweet to hear their stories. AJ and I weren't the only ones passing along messages to Scratch, Rusty and Wade and their families from those who could not make it. I often saw people copying a message from a printed out email or a text message on a phone. If you didn't get to put your thoughts down but still want to, the books will be made available at training camp.

Many, many thanks to the folks at the Avalanche Guild and Burgundy Brigade for helping to make the memorial not only happen, but also be so well done.

The major news stations also stopped by. Here is a video of Fox News' report:

If anyone has a link to the Channel 9 News clip, please share it!

The guys from the Avalanche Guild took some great photos. These are just a couple of them: 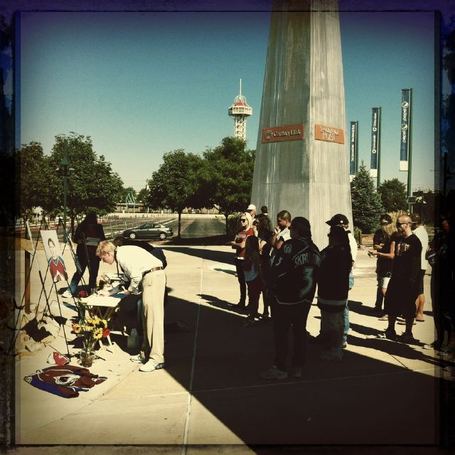 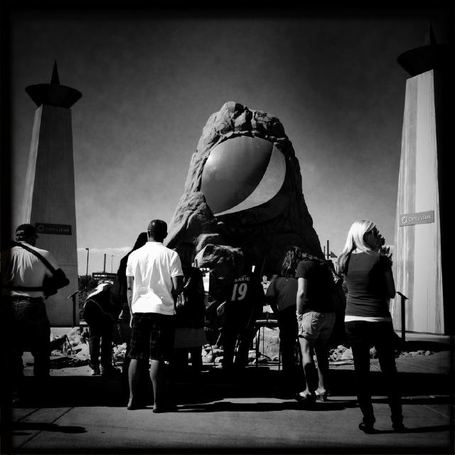 Rather than letting them go to waste, I took all of the flowers to Ft. Logan National Cemetery in Denver, CO, today and decorated the resting places of a dozen or so veterans. I don't think anyone will begrudge me for giving my daddy the biggest bouquet. Here is a picture capturing some of them. 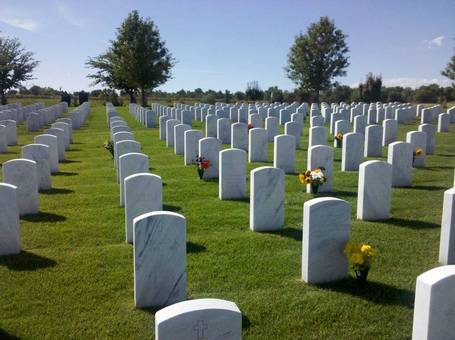