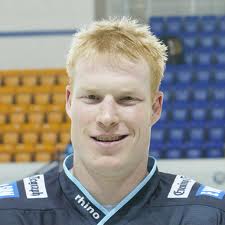 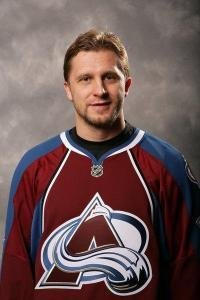 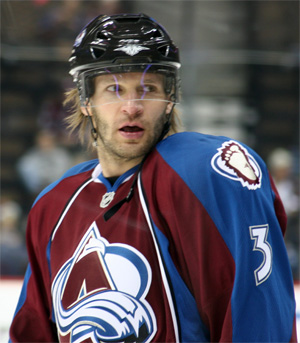 Reminder that this is today, Saturday, from 10am to sundown

Yesterday afternoon, I sent an email to Justin and Ryan of the Avalanche Guild about putting together a memorial tribute for Wade Belak, Karlis Skrastins and Ruslan Salei. Little did I know that they would take off with the idea in such an amazing way. You can find the official release on the Avs Brigade website, but here's the plan. For those who are local, I really hope you can join us.

In light of the recent losses of three former Avalanche players, The Avalanche Guild's Burgundy Brigade, alongside the Mile High Hockey crew, will be setting up a small memorial area outside of the the Pepsi Center's main entrance on Saturday (9/10).

Beginning at 10:00 am, both websites are encouraging all Avalanche fans to come by and sign posters next to pictures of all three players. This small tribute area will be on display throughout the afternoon.

Once the sun sets, we will take everything from the tribute and donate it directly to the Avalanche. We will then ask that they pass along items to the player's families as a token of our true condolences to them.

This summer has been an unbearable one for hockey fans everywhere, and with the season just around the corner, we feel it is extremely important for fans to pay their respects to the lives that were tragically lost. This acts as a simple reminder that we recognize the true human element of hockey; those three players were not only warriors on the ice, but fathers, brothers, sons and respected members of the hockey community.

Since words aren't enough to express the deepest sympathy we feel for these losses, we invite everyone to take some time on Saturday to celebrate the lives of our fallen Avs players - Wade Belak, Karlis Skrastins and Ruslan Salei - and reflect upon the lives of other players who perished this summer.