Kings at Avalanche Preview: The Clock is Ticking

Share All sharing options for: Kings at Avalanche Preview: The Clock is Ticking 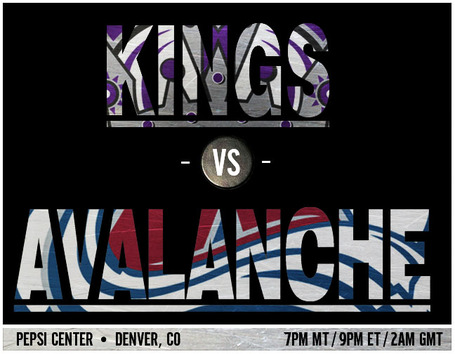 I guess Kyle Quincey didn't want to play against his former team and decided instead to play for his former former team. Oh well. Enter Steve Downie. Welcome to life under the the cap floor Steve! We hope you like it here in the cellar. The summers are nice and (unfortunately) long.

The Kings are coming to town to finish off the back half of a back-to-back set. They played Phoenix last night and lost in a shootout. Joy! Another 3 point game! Both teams are in direct competition with the Avs for the bottom playoff spots and the Avs seriously need to grind out 2 points tonight in regulation or they slip further out of the running for worst of the best and miss the post season for the second year in a row. If the boys in burgundy are ever going to step up and prove they are not basement dwellers, we'd like to officially invite them to do so this evening.

Luckily the Avs have enjoyed success at the expense of the under-performing squad from Los Angeles, winning all 3 games this season by a combined score of 8-4. Semyon Varlamov won the first two contests, while Jiggy picked up the 'W' in the last meeting. This will be the final match up between the clubs this season.

The good news continues as it sounds like Giguere should be back to playing back-up tonight. The game will be televised on NBCSN. Go Avs.