Via Busted Twigg: Just a little bit of activity in the bubble last night. Phoenix dropped a needed two points against St. Louis, and has fallen into 9th in the projections. San Jose rises as the Coyotes fall, and take sole possession of 8th. Chicago made the mistake of actually playing a game and paid the price. Our Avs remain in 10th, tied in points with Phoenix, but losing again on the second tiebreak (head to head points). The Playoff Line remains projected at 94. Oh, and Columbus has officially won the most ping pong balls in the draft lottery. Congratulations are in order. 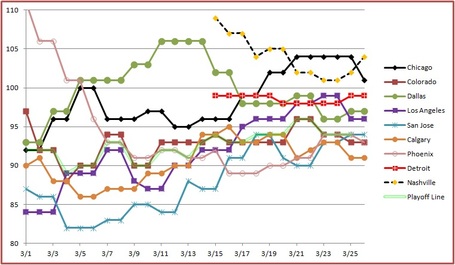 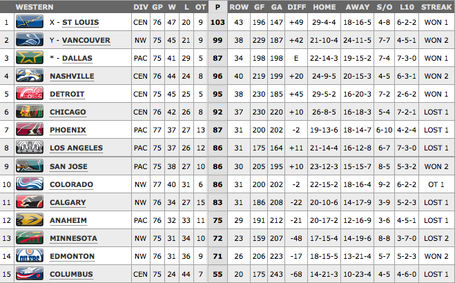