Share All sharing options for: Avalanche at Sharks, Live Thread (and Rooting Guide) 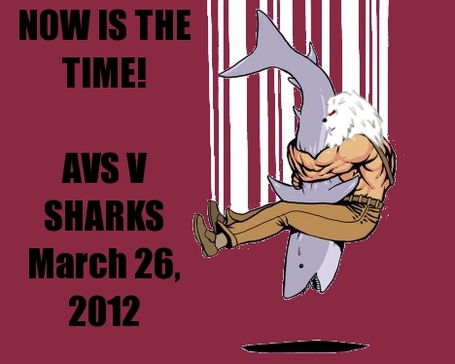 'bout time we had one of them there GDT pics. This one courtesy of Dr Redabc.

Elsewhere, two other important games. The Flames and Stars are in "action" in Calgary at 9 eastern. You could make a case here either way - the Flames would be more or less dead in the water with a loss...but if Calgary wins, the Avs would be in a position to pass the Stars in the standings tonight. So, go stupid Flames.

And at 10pm, the Kings play the Vancouver Canucks. Big one for the Avs. IF the Avs win AND the Canucks win, the Avs would jump back into 7th place. So, go Canucks, Flames and Avalanche.