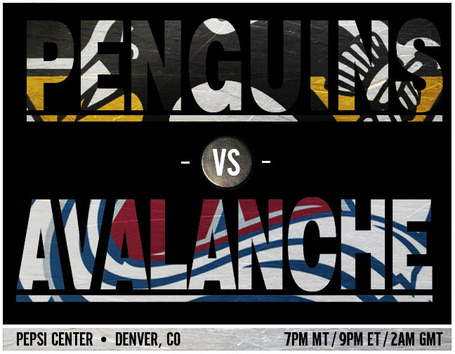 With the bitter aftertaste of an embarrassing shutout to Columbus in the rearview, the Avalanche look to get back on track against a difficult opponent in the Pittsburgh Penguins Saturday at Pepsi Center. The Avalanche can ill afford to not show up against the potent Penguins like they did versus Columbus (Varly excluded).

The Pens have won 4 in a row, and 7 of their last 9, good enough for 4th place in the East. They also own the league's leading scorer in Evgeni Malkin. The Avalanche do boast Rookie of the Month winner Gabriel Landeskog, but the calendar has flipped from February to March, so Landy and Co. can not simply rest on their laurels tonight if they are serious about making the post season.

The Penguins will be without all-star defenseman Kris Letang, out with his 2nd concussion of the year. The Avs are pretty healthy (knock on wooden stick) with the exceptions of Ryan O`Byrne (knee) and Chuck Kobasew (back).

In the obtuse scheduling that is the NHL season, this will be the 2nd time the Avs and Pens meet this season. Pittsburgh took the first meeting back in November by a 6-3 margin. Go Avs.