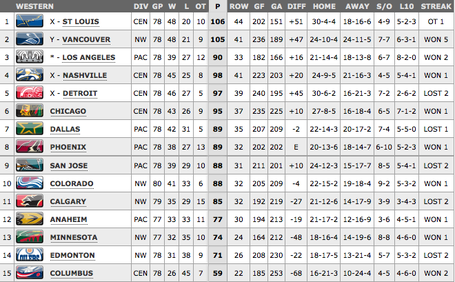 From Busted Twig's lips to your eyes: The Fat Lady in burgundy has been called off stage. She still has her music, but the director has pulled her back briefly for some consulting.

No one was actually eliminated from playoff contention last night. Calgary is close, but their tragic number is now 3. The Avs still have to run the table to even have a prayer, but they are one game closer to doing it. Last night's win didn't change the projection, and they hold at 90. Los Angeles solidified their grasp on the projected third spot. Detroit continues to look disinterested. Dallas has now fallen to the 8th spot, putting the Playoff Line at 93 again. 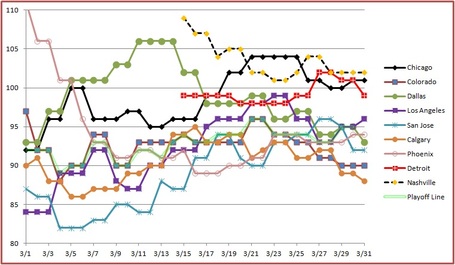