Share All sharing options for: Wild at Avalanche Preview: The Last-Mild-Snoozer-Game-Of-The-Year Edition 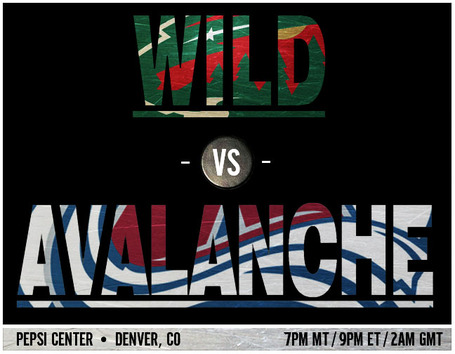 Sweet, sweet mercy is nearly upon us. Tonight will be, probably, the last time any of us will be required to watch a game featuring the Minnesota freaking Wild until at least October. If you are struggling with insomnia or just have some sort of masochistic tendencies, you will, of course, still be free to do so. But the rest of us normal folk can see the light at the end of the Tunnel of Boring Suckitude (4 D-Tickets to ride).

The Avalanche have won 5 straight games that they've actually shown up for and the Wild have been shut out in 10 of their last 12 periods of play, including three periods that I will admit to mostly fast-forwarding through on Sunday (Walking Dead zombies > skating Wild zombies, even if was like the worst Walking Dead episode ever). The Avalanche need wins to keep pace with teams like San Jose and Los Angeles that have games in hand and to stay ahead of the crud like the Flames and these Mild. So, here's hoping they don't take tonight off and that Semyon Varlamov (I haven't checked Left Wing Lock, but if he isn't the goalie I'll eat my Wojtek Wolski rookie card).

Go Avalanche. Just one more game and we're out of this hellish quicksand.