Blue Jackets at Avalanche Preview: MUST WIN (for reals this time)

Share All sharing options for: Blue Jackets at Avalanche Preview: MUST WIN (for reals this time) 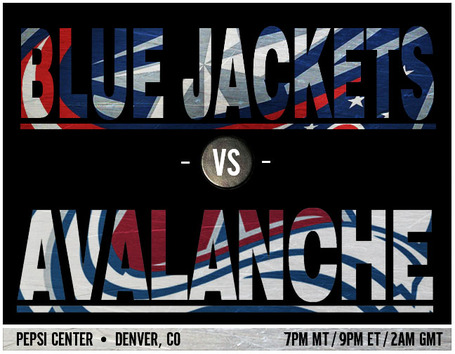 Two games left in the Colroado Avalanche's quickly evaporating season. Lose this one, and there is no chance of a game #83. Tonight may very well decide the 8 teams headed to the Western Conference playoffs, but if the Avs have any chance of making the post season, they'll need that decision to wait until Saturday.

The two biggest games (besides the Avs' must win), are Dallas vs Nashville, and the even more important San Jose at Los Angeles fray. If the Sharks win or get to overtime, the Avs are out of chances. Beyond that, it gets a little muddy, but basically the Avs need everyone in the world not based in LA to lose. Dallas needs to lose one game in regulation, and whatever else happens the Avalanche need to win both their remaining games - but you already knew that. What you maybe didn't know was that the Avs must win without the aid of their lethal shootout. All ROWs from here on out.

The Blue Jackets are the bottom feeders of the league. Despite their lackluster season, they did manage to defeat the Avalanche in the previous meeting, 2-0 at Pepsi Center. The Avs won the other two match-ups in Columbus by a combined score of 8-2. Both teams are riding hot goalies as the BJs have employed a rookie, Allen York (3-1 in his last 4) to finish off their season. Meanwhile, Semyon Varlamov owns a 1.31 GAA and .955 save % and is 2-1 against the Blue Jackets this season. His only loss came in the most recent contest were his teammates laid an egg and were shutout (how big are those two points now fellas?!).

For the Avs, Jamie McGinn is still nursing a hurt back but is hopeful to play (cortisone shots for everybody!), but everyone else should be good to go.

I need everybody's help on this: GO AVS! 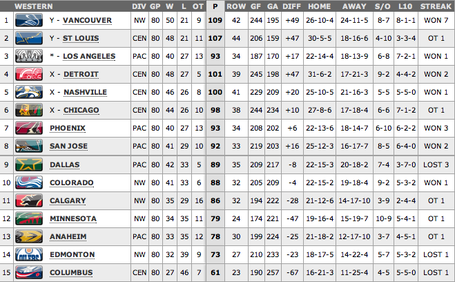