...And Scene. Predators at Avalanche Preview

Share All sharing options for: ...And Scene. Predators at Avalanche Preview 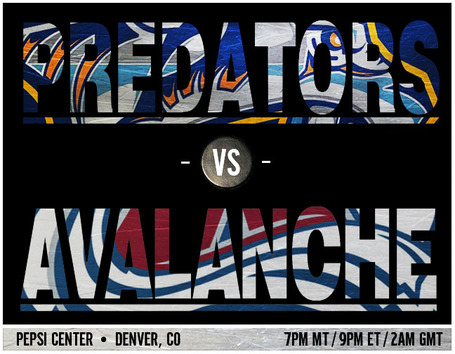 The Avalanche close out their 2011-2012 campaign tonight at the Pepsi Center against the Nashville Predators. "Must-win" has been put on the shelf until next season and this game doesn't have serious implications for the Avs, whose overall record will move somewhere between 17th and 20th depending on the outcome of this and other exciting NHL games. The Preds are playing to lock up home-ice advantage for their 1st-round matchup against either Detroit or Chicago. Nashville was won 8 straight games against Colorado. I don't like it, I don't love it and I don't want no more of it.

Seriously, since this is the last Avalanche game for about 6 months, it sure would be nice to have an uplifting game to wash away the bitter memories of the last two weeks. The fact that this may be the final game in an Avalanche unipron for a few players, most notably the great Milan Hejduk, just ratchets up the "please, lets go out on a win" factor a bit more.