Anatomy of a Playoff Goal: NYR vs. WSH - Goal 3

Share All sharing options for: Anatomy of a Playoff Goal: NYR vs. WSH - Goal 3

Triple OT Thriller in the Nation's Capitol as the New York Rangers and the hometown Washington Capitals pushed game 3 of their 2nd Round Series TO. THE. BRINK!!! It doesn't get any more exciting than this (unless you're a fan of well-executed hockey featuring scoring chances, shots-on-goal, and speed). We join our action in the 3rd overtime with just over 5 minutes remaining in the period after both teams had traded excruciatingly long shifts. (FYI, this anatomy is short and sweet, unlike the game...) 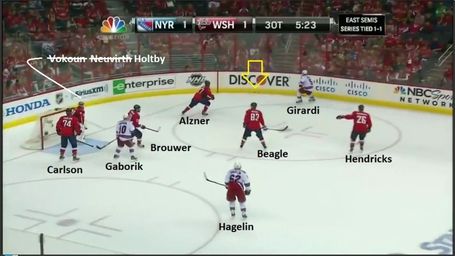 The puck had just been wrapped around from the near boards to the corner on Capitals goalie Braden Holtby's left. The Rangers' Dan Girardi (#5) is coming down the boards to catch the puck. He's such an omnipresent scoring threat that THREE Caps have him marked: defenseman Karl Alzner (#27), forward Jay Beagle (#83) and old friend Matt Hendricks (#26). Alzner's partner John Carlson (#74) and winger Troy Brouwer (#20) have front-of-net duties as they bracket playoff no-show Marian Gaborik (#10). Rangers wing-man Carl Hagelin is coasting into the top of the slot area without a single person realizing it. 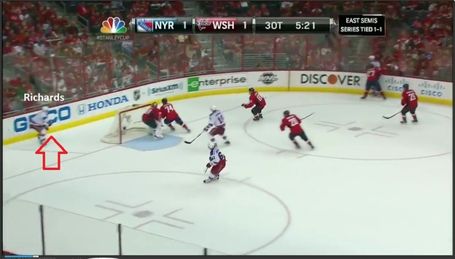 Girardi has reversed the wrap and the puck has come to big-money Brad Richards (#19) behind the net. Alzner has finished his check on Girardi on the far side and Carlson is taking the road less traveled as he chases the puck behind the net leaving Gaborik to some combination of Beagle, Brouwer, and the ghost of Abraham Lincoln. Hagelin is still trying to get somebody's attention as he's been in a prime scoring position for like 5 periods now. 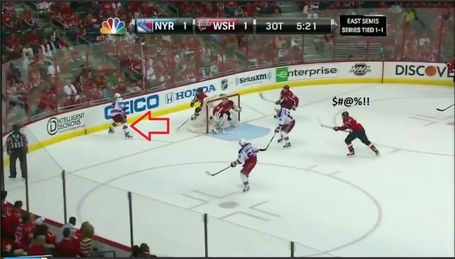 Richards pauses with the biscuit on his twig as the wide-open Gaborik positions for the one-timer. Apparently dead presidents are terrible in man-to-man coverage, unless you're talking about making it rain. Hagelin presents himself for the cycle and/or rebound if for some god-forsaken reason the Lady of Leonesse doesn't bury this scoring opportunity. Holtby has finished his post-to-post push. Also, contrary to your powers of observation Rangers defenseman and shallow end of the gene pool Marc Staal is on the ice. SPOILER ALERT: We'll see him in a minute. 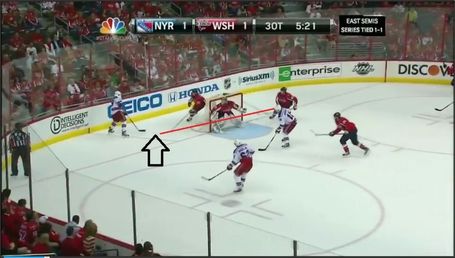 Anyway, Richards lays out the pass while Gaborik targets a puck for the first time since April 12th... 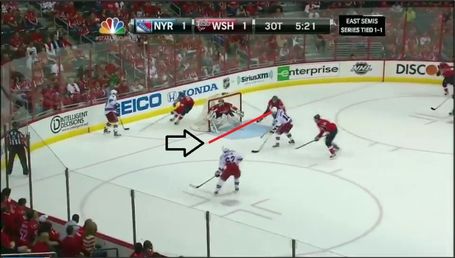 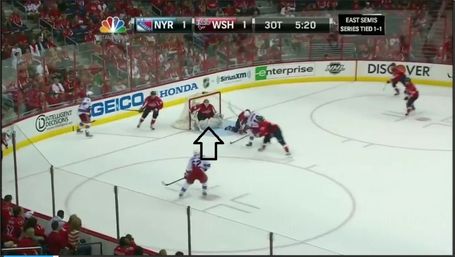 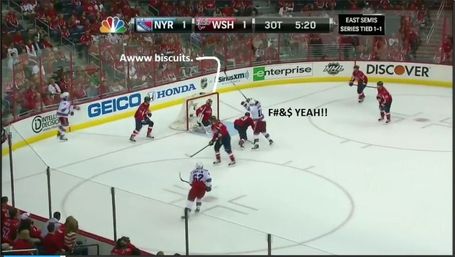 ...and goal! You know it's in because Holtby looks behind himself. I'm not a scientist but I'm pretty sure that's a positive indicator of a negative outcome, you guys. 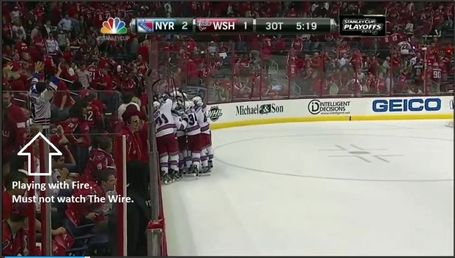 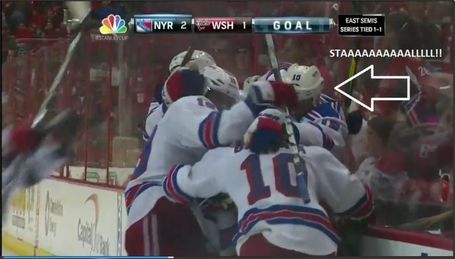 See, I told you we'd have a Marc Staal siting! 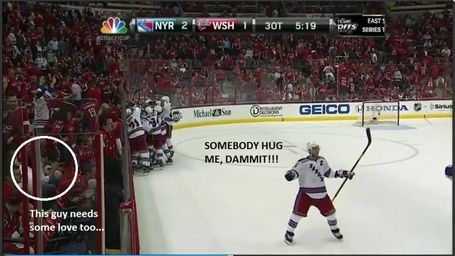 You heard him, somebody give this grown-ass man a hug!! 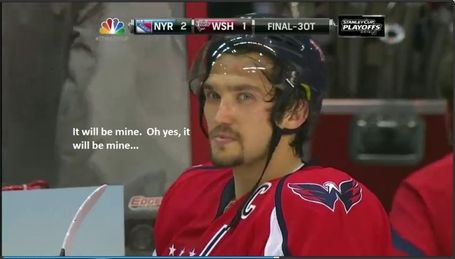 Alex Ovechkin looks on and makes a promise to himself... 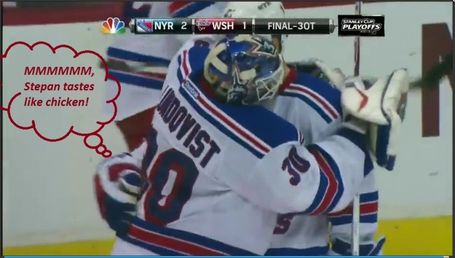 ...while vampire Lundqvist refuels after his triple-overtime exertions.