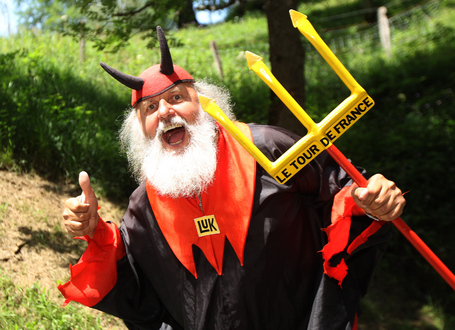 Well, here we are again, folks. In a display of extreme hubris and unbelievable malice towards fans, the NHL has elected to fuck up another hockey season. In my book, wiping out a hockey season to gain leverage with the NHLPA was a despicable act. For the owners to do this again AFTER GETTING WHAT THEY WANTED just seven years ago is simply beyond comprehension.

There's really just a few ways for me to rationalize being here again. Option 1: the owners are inept dolts who couldn't get their own system to work, despite a period of unprecedented growth. Option 2: the owners are greedy sleazeballs who made a shitload of money during a period of unprecedented growth but still want more. Or, option 3: the owners used the last lockout to get the cap and planned all along to leverage another lockout down the road to get more money.

Which one is correct? Honestly, I don't give a fuck because, frankly, it doesn't matter. All I know is that the league cares so little for the fans and the integrity of the game that it flippantly pulled the plug. Again. I suppose by default I am pro-player, mostly because I find what the owners are doing to be beyond disgusting.

As I've hinted in the past, I'm not going to be playing the victim here. Hey, NHL, have fun with that lockout. This post is about as much time as I plan to spend thinking about your bush league and the exhilarating negotiations. I haven't watched Gary's doubtlessly condescending speech on Friday, nor have I seen Don Fehr's own contrite salvo. I haven't followed Paul Bissonette's tweets and I haven't even checked in to see who Chris Chelios has threatened (he's still around, right?).

I'm still going to be covering our beloved fiscally responsible Avalanche and I won't be able to avoid discussing the lockout. But if you think I'm spending my free time worrying about greedy fucks maneuvering for a bigger piece of the pie, you are mistaken. So spare me the petitions and protests and rallies and moments of silence. Those all require some level of caring on my part. Instead, I'm responding to the NHL with the exact same thing they've shown to fans: apathy.

Screw you, NHL. Maybe I'll care about you again some day.

Or maybe not. *shrug*