Checking out the new MHH Logo

Share All sharing options for: Checking out the new MHH Logo 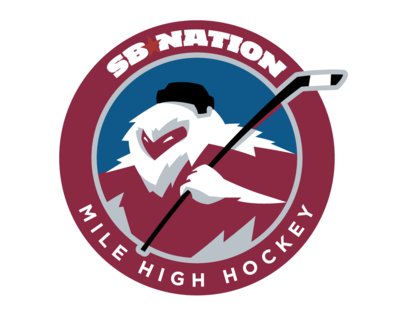 So, remember a year ago when we had a big contest to replace our old logo? And we ended up with some really cool ideas and then combined them into one, smokin' kick ass logo? Funny story: turns out, there's a really exciting platform upgrade coming to SB Nation really soon and one part of that process is to come up with a united visual theme across the network. The platform upgrade will be unveiled at a later date, but all 300+ logos are being unveiled, well, right now.
I have to be honest and say I was a little bummed to hear that our current awesome logo will be going away, especially after all the hard work it took to get it created. That being said, we worked very hard to make sure the spirit of our current bitchin' yeti was captured and we made several tweaks along the way to make sure the new logo wasn't, um, unipronish. And since we used the existing logo as inspiration instead of, well, this guy, I think we came out with a pretty cool logo overall. You'll start seeing the new logo used when the new platform rolls out. Until then, we still have...uh, whatever we're calling that guy in our logo.
Of course, I did not want to be unveiling this today, but apparently our "hockey lockout week" memo didn't make it to the home office. Any questions, please let us know below.