Share All sharing options for: From the Monsters Desk: Frozen Frontier Friday Edition

The Monsters and Amerks square off outdoors Friday night at Frontier Field for an outdoor game. Both teams will be wearing special throwback jerseys, which are actually available in the AHL store. 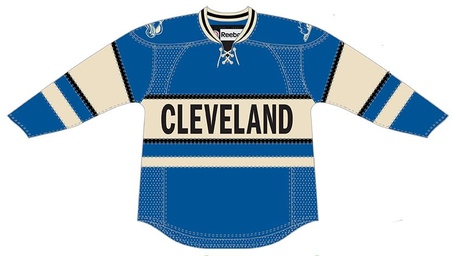 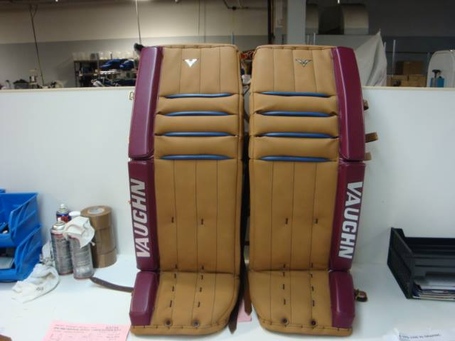 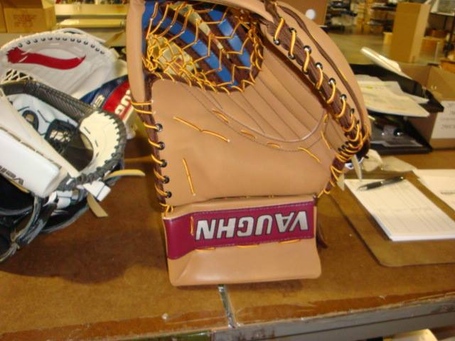 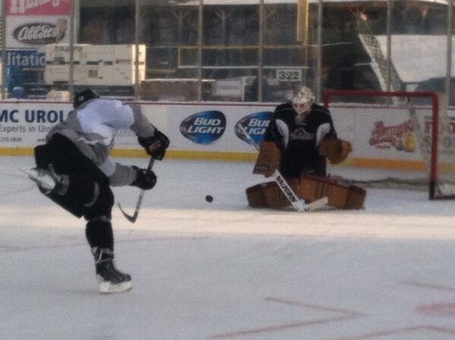 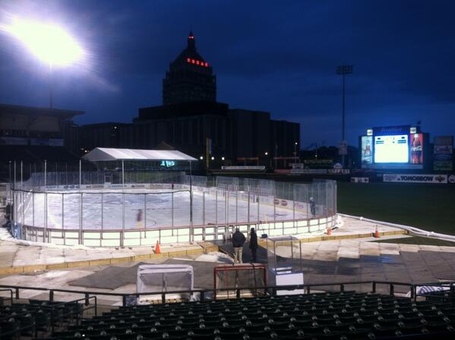 The team arrived Thursday for a practice and to shoot some phone pix: 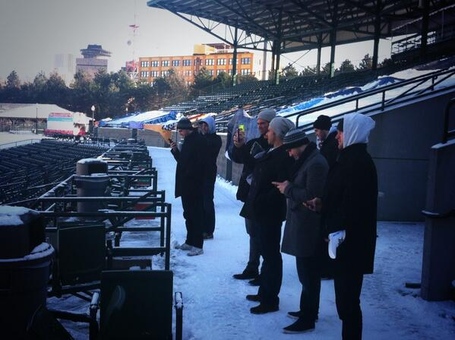 Lauridsen has a fancy camera on his phone:

The guys getting ready to practice Thursday afternoon. Looks a bit chilly. 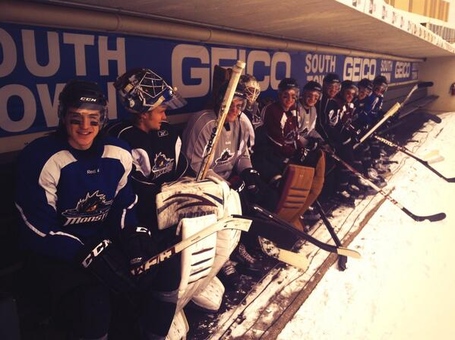 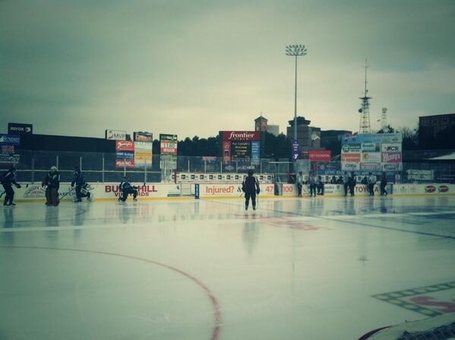 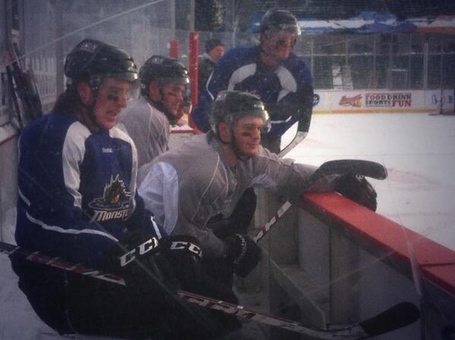 Thanks to Doug Plagens for putting many of these up on twitter.

My exhaustive research has concluded that this will be the 6th outdoor game in AHL history. Lake Erie's PR staff informs us that 3 guys on the team have played a major outdoor game. Matt Hunwick and Paul Carey played at Fenway a few years ago with the Bruins and BC respectively, and Trevor Cheek has apparently played in one too, I assume when he was with Calgary in the WHL. Doug Plagens talked to Hunwick, Mikael Tam and Dan Maggio about playing outdoors earlier this week.

Viewing Guide: One nice side effect to all this is that for once this game will be available on TV to many across the US and Canada.

For $6 you can take in the game on AHL Live! or wait until Noon ET on Saturday for a re-broadcast on the NHL Network.

Getting back to the game itself, these 2 teams battled on Wednesday night with Rochester earning a 4-2 victory. LEM were decent defensively but couldn't move the puck well or hold pressure in the offensive zone. Sgarbossa, Duncan, Vandy, Desbiens, Desjardins, Hishon and Elliott were all missing with lower body injuries. That's pretty much a 1st line, a 1st/2nd pair D and 2 top PKers on the shelf. Hopefully a couple of these fellows are ready to go Friday. I take it that Picks will be starting with his fancy vintage kit.

The weather forecast looks a bit dire, today's high will be around 20*F with winds gusting to 29 mph, 1 to 2 inches of snow expected. By game time, it will be in the low teens. I grew up playing on an outdoor rink, this just adds to the fun of it all.

AHL standings - LEM tied for 3rd in the North

Just started watching 'The Following' on Netflix, the second episode had a haunting, yet familiar song at the end - "Angel" by Sepultura. Figured out it was familiar because it's a cover of a Massive Attack song.

The Monsters will travel to Utica after the game to play the Comets on Sunday at 3:00pm, radio on WHK

I'll be here as usual updating and tweeting, feel free to stop by if you're watching.