Share All sharing options for: PP the difference as Avs outlast BJs 5-3

Let's get one thing straight. The Avs did not play very well tonight at even strength. They were outshot 33-19 and were frequently caught failing to chip the puck out of the zone or flinging it away up the ice. That said, let's get to the rundown.

It's all BJs early. Fortunately for the Avs Varly looks to be on his game. note: that's what you call Foreshadowing.

Less than five minutes in the Jackets came out of the corner and Nathan MacKinnon lost Ryan Johansen, who scored his 16th from the doorstep. But two minutes later, the Avs refused to let Columbus get going through the neutral zone, and a strong forecheck from Duchene's line saw the puck finding its way to Jan Hejda, who blasted a rocket through Curtis McElhinney to tie the game at ones.

Avs ramped up some pressure after that, especially the Mitchell line. No real threatening chances either way. At 8:03 on a Columbus rush, Ryan Wilson was called for holding for... you tell me guys, this one was pretty dreadful. Varly was good when he was called on and the Avs mostly kept the Blue Jacket power play to the outside or out of the zone entirely. Landeskog and Wilson had a good chance 2 on 1 as the latter left the box but the shot ended up blocked.

The rest of the period was dull neutral zone play. Colorado struggled to sustain possession, and Columbus couldn't get much going.

Four minutes into the second Talbot was called for hooking. The replay we saw had no hook so no clue what the ref caught that we didn't. At any rate the Avs again killed the penalty, which was much more dangerous in the second minute than the first and saw a couple of beautiful Varlamov saves. Shortly after, Hejda got away with interference with a big hit on Nick Foligno. That turned the tone of the game nasty, and the fourth line ended up caught in their own zone, running around and trying to hit guys. Columbus calmly took advantage with good puck movement and picked up a goal with eleven minutes left in the second. Boone Jenner sort of baseball bat and sort of lacrossed the puck in on a bouncing rebound. 2-1.

This section of the period was a real microcosm of the game for me. The Avs played reactively, trying to counter what the Jackets did, completely unable to take the puck for themselves and force the issue - possibly because they couldn't hang on to it long enough because every time they did, they chipped it out or floated it out or threw it away or dumped it. Nobody could get out of the zone with possession, and if an Av did find himself in the neutral zone with the puck, he tossed it into the zone to no one. The result of all this: C-bus could pretty much do what they wanted for a long time.

With 8:12 left Cory Sarich outworked two BJs by himself and sent the puck the other way for the Avs. Duchene's line grinded out a couple of shots, and Jamie McGinn, standing hungrily on the crease, slammed home a juicy rebound to tie the game at 2.

At 6:34 Johnson the lesser, as Hopfenkopf called Jack, elbowed Brad Malone in the chops and went to the shame bench for his trouble.  Some pretty work between Duchene and O'Reilly on the boards and their point men resulted in Ryan O'Reilly scoring a very Ryan O'Reilly goal, straight roof from five feet out. 3-2!

The Avs squeaked out of the second with a 3-2 lead.  The Turd was more of the same to start with, lots of Columbus shots and Varlamov saves, until McKenzie took a penalty for tripping with 13 to play.  A minute and a half of drool-bringing passing work later and Gabe Landeskog knocked the puck home into a wide the fuck open net behind McBackup to extend the lead to 2. But just like that, Columbus pushed back with a rush that Varly saved and looked to have covered, but the puck squeaked loose and Foligno put home the wraparound to make it 4-3. Then Ryan Wilson took a penalty with 8:34 remaining for hooking. Some scary chances definitely came of this, but no goals.

With that it was lead protection time, short shifts pucks deep, for the Avs. They stood tall until Paul Stastny took a nice trip to the ice, resulting in a tripping penalty to Foligno with 1:30 to go. MacKinnon failed on a breakaway, then remained in the crease and waited for the opportunity to tap one home with 1:03 on the clock to make it 5-3 and that's how we ended.

Not the most verbose summary ever, but if there's ever a gap in time, feel free to insert the following: "Columbus pressure, save Varlamov, Avs can't get through the neutral zone."

MHH 3 Avs of the Night 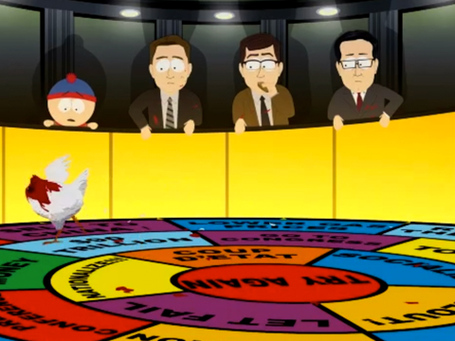 Post of the Night: Stachi (assist to Cole D Hamilton)

Anyone opinions on Wilson?
I think he’s been a little better tonight

his eyebrows are fine for his face

The Philadelphia Flyers come to town for the first game of 2014 on Thursday, Jan 2.

Have fun out there and remember RTD services are free tonight, so you have no excuse to drink and drive. This has been pleasant and professional. Good luck in the coming business year.