Fatty J Goes to the Cupboard for a Snack

Share All sharing options for: Anatomy of a Goal: COL vs. ANA - Goal 5

Yet again, I'm overlooking some solid work by el capitan Gabriel Landeskog in order to bring you a goal anatomy to feed you jaded Avalanche appetites. This time, morbidly-obese Jamie McGinn and PK linemate David van der Gulik bring the moans to the Left Coast Crowd with a hard-working goal with some spectacular sniping icing. 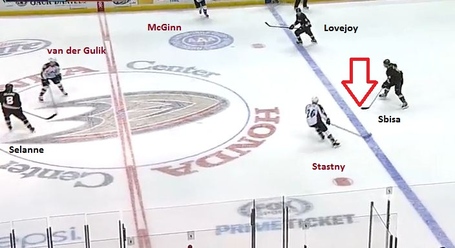 We join the action juuuuuust as Paul Stastny exits the sin bin with a smidge over two-and-a-half minutes remaining in the 2nd frame. (Note to readers: If you go and watch the highlight at nhl.com, please prepare yourself for a typically horrific pronunciation of SoS' last name.) The Avs have just cleared the puck from the zone with a high flip and Landeskog is going to the bench for a change. While proceeding to the bench himself, Stastny puts a league-minimum forecheck on Ducks' defenseman Luca Sbisa.

Lucky Luca is SHOCKED!! by said application of forecheck and bobbles the puck off of Stastny's legs and then twixt his own wickets. 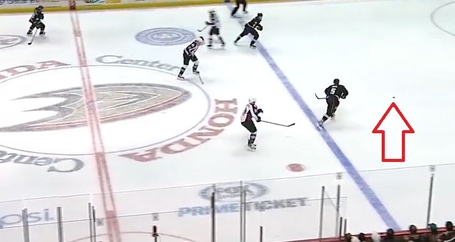 Fresh off the bench, McGinn joins DVDG in pressing the forecheck against the now-gangbang eligible dude who wasn't on ER. 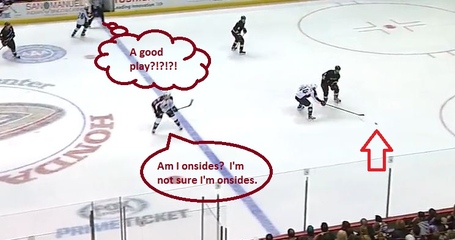 DVDG forces Sbisa to try a prayer of a pass to the boards, but Ze Gulik deflects the puck back toward the near corner boards. Stastny can't believe his eyes as an Avalanche Play is actually developing! McGinn wants to chomp on the puck so bad, but he's hanging at the blueline a little bit to interrupt any breakout pass that Sbisa might accidentally accomplish.

DVDG and Sbisa head towards the puck while McGinn swoops down the near boards to prevent the easy chip-out. SoS has seen the development, says "Fuck the bench, I'm well rested!" and jumps in the play on the far side. 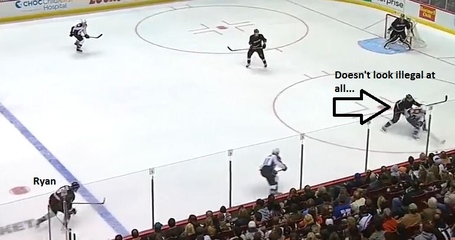 DVDG gains inside position on Sbisa, and while taking the totally legit push from behind... 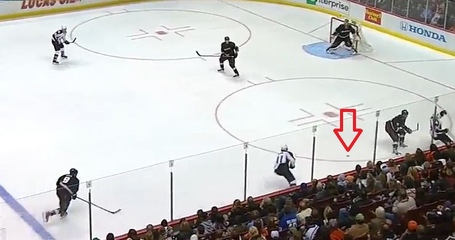 ... slips a nice backhand pass to McGinn. Bobby Ryan (#9) has finally tumbled to the fact that he won't be fed a cherry-picking pass from Sbisa and has attempted to get back in the play. 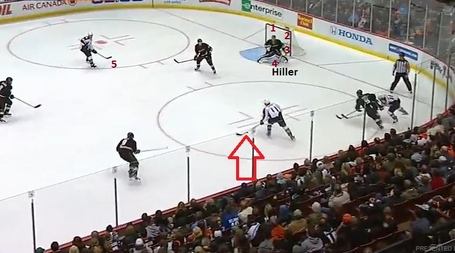 Fatty J curls toward the net while DVDG displays his anti-Paloosh skating ability and remains upright. Anaheim's Ben Lovejoy (#6) is caught in a Amsterdam Special 2-on-1 and positions himself to defend the pass to SoS. McGinn has *ahem* several options on Ducks puck-stopper Jonas Hiller, one of which is a boring pass to Stastny. McGinn dusts the puck off like it's a powdered donut... 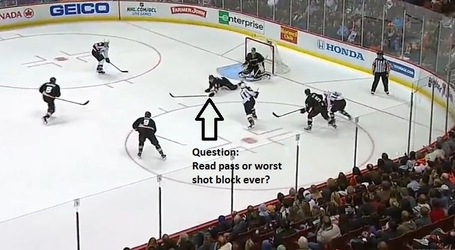 ... and snipes it top shelf into peanut butter territory! Teemu Selanne (#8) has a spectacular view from his position in the slot (you know, nowhere near Stastny). 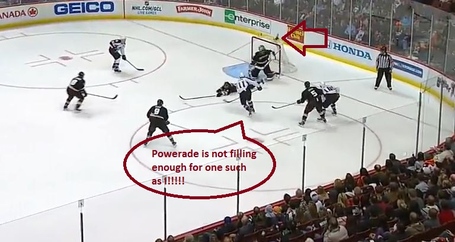 McGinn also launched Hillar's water bottle out of its cozy holder with the force of his shot. Notice how the Ducks have all assumed the "I was so exhausted I couldn't get back into the play" position as the goal light goes on. 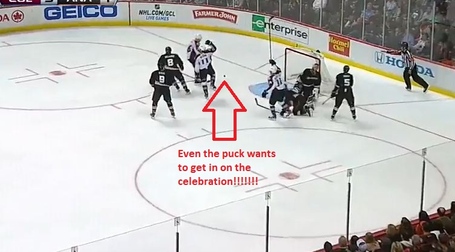 McGainedafew then Capt. Morgan's it across the slot with a howdy "Fuck Yeah!" for the Orange County Faithful.