The time is drawing near, and Mile High Hockey is ready!

As we've done in previous years, the Mile High Hockey family will gather together to witness what could be the craziest draft the Avalanche franchise has seen this side of Eric Lindros's tantrum. The Colorado Avalanche currently holds the number one overall pick, but Patrick Roy and Joe Sakic have made it abundantly clear that, for a massive overpayment the right price, that pick may be traded away. This is something that certainly won't be finalized, or at least announced, until draft day. Other moves—like trading Paul Stastny, David Jones or one of the promising defensive prospects in the ranks—similarly could be draft day surprises.

The Avalanche also has that sweet little #32 pick, one with which they surely won't pull a Detroit and miss out on a guy that turned out to be first-round worthy. There are teams out there with multiple first rounders, so moving up the board is just as likely as moving down.

tl;dr version: the 2013 draft is going to be nothing if not edge-of-your-seat entertainment. What better way to spend it than with your friends and adversaries on MHH?

We have secured an awesome location that is owned and operated by Andrew Feinstein, one of the head honchos over at the SBN Nuggets site Denver Stiffs. The place called Jake's Food and Spirits is a neighborhood favorite. The joint opened up in 2010 and has been providing good eats, good entertainment and good times in the RiNo area of Denver ever since. Jake's has an awesome patio, HDTVs, a huge screen TV in a back area (which will be ours for draft day), a full bar, pool tables, oh, and amazing food to boot. Check out their website for more information.

The down and dirty of the event: 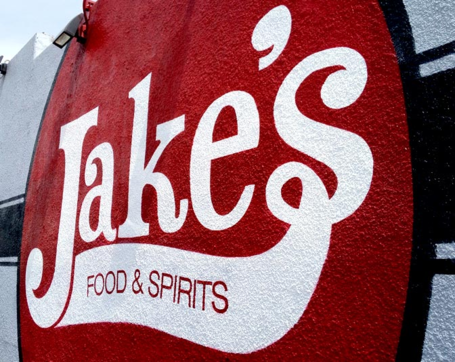