Twelve players have been reassigned to their respective teams for this season.

The following players will report to the Lake Erie Monsters' training camp:

Also reassigned to the Monsters are forwards Joey Hishon and David van der Gulik. Neither player participated in the Avalanche training camp due to injury. They will report to the team when cleared to play.

The following three players have been reassigned to their respective major junior teams: 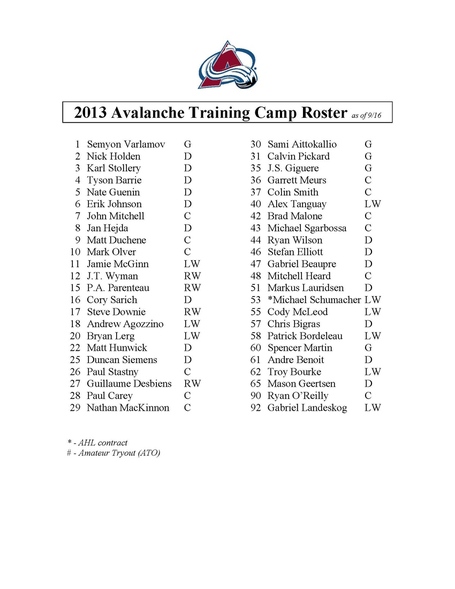 There are no surprises here. Next set of cuts should come after Wednesday's preseason match up against the Ducks.