A few handy maps exploring NHL blackout zones, the new divisions, watching hockey in Hawaii, time zones, and what it means to be "In Market"

The NHL's blackout restrictions for both GameCenter Live and Center Ice are extremely vague and frustrating. Everyone who's tried to travel and take their subscription with them never quite knows if they'll be able to watch their game or not. Because of this, a map of each coverage area would not only be useful, but also somewhat interesting since it would show just how large of a market each team reaches.

So, naturally, there isn't one to be found anywhere on NHL.com.

But don't worry, that's what MHH is for! I decided to sit down this weekend and start plugging zip/postal codes into the GameCenter blackout finder and interpolating the areas on a map. The result is not 100% accurate, but it's at least a pretty close approximation of each team's blackout area. 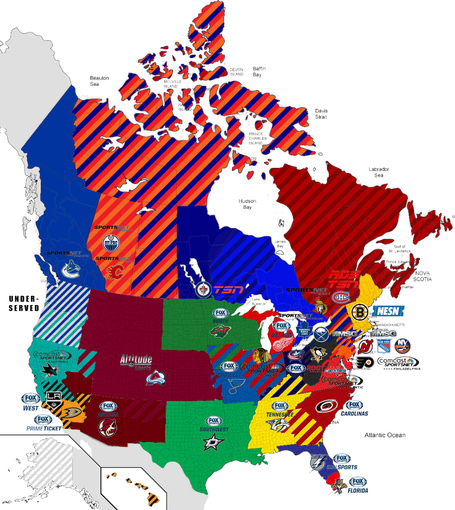 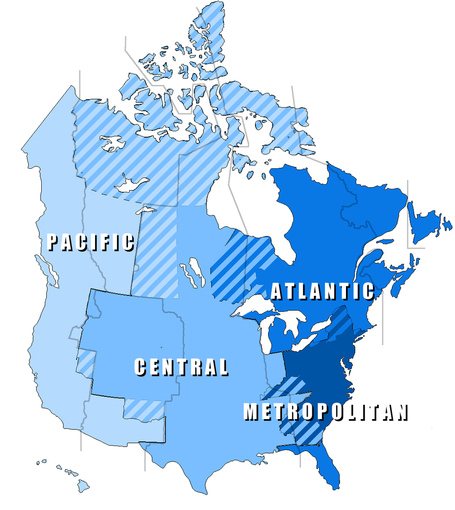 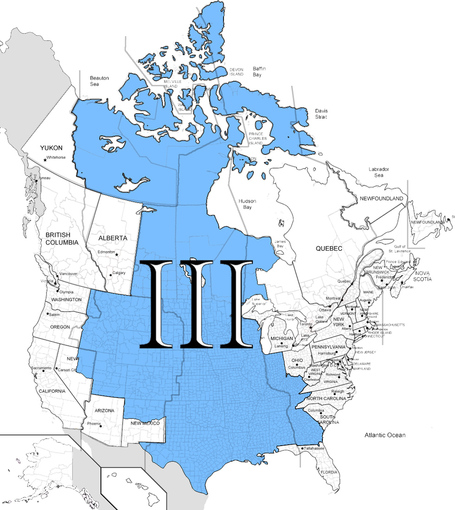