Time to noun up the adjectives.

Share All sharing options for: Better Know Your Enemy: What's A "Wild" Anyway?

As the Avalanche head into their first round playoff series many fans are probably hoping to get to know their opponent a bit better. What's an Avalanche? It's a deadly force of nature common in the state of Colorado and a really great concept for a team. Look across the aisle and well... things get a little more confusing. What exactly is a "Wild?" I turned to Merriam Webster in search of some help:

of an animal : living in nature without human control or care : not tame

of a plant : growing or produced in nature : not grown or farmed by people

of land : not changed by people : not settled or developed

Not much to go off of there folks. What about "Wild" as an adverb?

Without being controlled? That doesn't sound like the Wild I know... 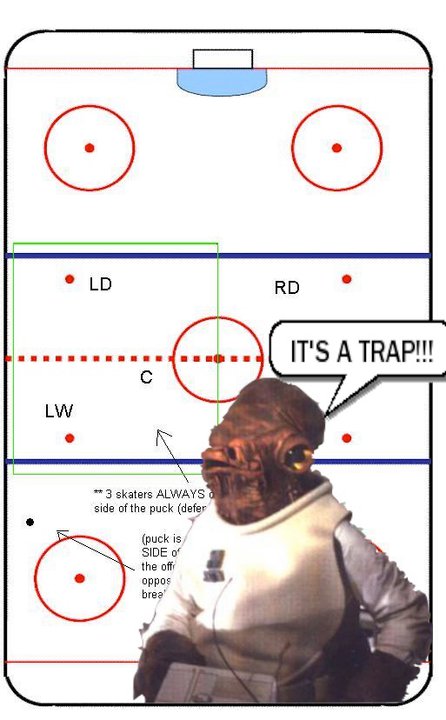 The other 29 teams in the NHL all have nouns for names, because, quite frankly, teams should be nouns. Deep down in its soul "Wild" is an adjective first, and that's a big problem as we try to learn about our enemy, because those Christmas ornaments on skates? They definitely look like nouns. They have to be right? So lets use the noun definition:

the wilds : a large area of land where people do not live and where plants, trees, etc., grow freely

the wild : a wild, free, or natural place, state, or existence

Well that's equally unhelpful. How can you identify a team as some imagined piece of land understood only within the bounds of some imperialistic ideological framework about how open space and nature should or should not exist in relation to western civilization? I mean people please! This is SPROTS! I think it's time we help Webster out and give them a new definition for this strange noun variant.

A medium sized mammal that is a close relative of the bear and cougar. "Wilds" have no body or legs, only a disembodied head. Due to their lack of physical prowess, Wilds are quite low on the food chain in the western half of the United States and they rarely hunt apex predators like Ducks, Sharks, Kings, Blackhawks, or Blues (but especially Blackhawks). Instead these creatures scavenge most of their meals from lesser prey. Even in its natural environment, the "State of Hockey," the Wild struggles to stay on top of the food chain. Most researchers claim that the much smaller Golden Gopher plays a more dominant mammalian role in Minnesota's ecology. When Wilds are unable to scavenge effectively in April, they often find themselves subordinated to Minnesota's lesser species like the Golden Bear, the Ram, the Governor, the Prowler, the Bronco, the Greyhound, and many, many, many others. Because Wilds have such difficulty laying claim to their Minnesota homes they are a somewhat nomadic species, often wandering far across the Minnesota landscape to avoid ummmm "Predators."

Although Wild are relatively active creatures during the fall and winter, they spend most of the spring in hibernation. Researchers have only found groups of Wild active and awake past mid-April once in the animal's evolutionary history. These strange hibernation habits can, however, explain the Wilds' bizarre part bear, part cougar, part forest, part Christmas genetic deformity. After sleeping soundly through April, May, and June Wilds emerge from their caves to mate with Devils, Predators, Sabres and Islanders who have been cast out of their own herds. Rather than raise their own young, Wilds are notorious for icky gross cross species mingling. While Wild have high expectations for these mating practices, they rarely result in a successful 2nd round berth errr I mean, birth. These creatures lead sad, hopeless lives, and justify their existence with UFA signings and early April triumphs from years past. Their emphasis on these minor victories leads most scholars to believe that the Wild lacks the capability for higher reasoning, and thus does not understand the existence of the Stanley Cup.

Now we ask you, fine denizens of Mile High Hockey, what exactly is a Wild? Give your own definitions below so that we can better know our enemy.