From the Monsters Desk: Make or Break Weekend

Share All sharing options for: From the Monsters Desk: Make or Break Weekend

Thursday night's game against Rochester started out with hope, Karl Stollery and Brad Malone were back from Colorado and Stef Elliott returned from an 8-game stint on the injured list. This was the best lineup Lake Erie has put forth in weeks, but unfortunately the energy wasn't there when the puck dropped. Calvin Pickard saw 15 shots in 15 minutes, let in 3 goals and was summarily dismissed from the game.

After being outshot 17-8 in the first, the Monsters got their shit together in the second and outshot the Amerks 16-8 but left the period with only one Brad Malone goal to show for it. It's too bad because Hishon was fantastic in the final 6:30 and Sgarbossa looked like he was finally back to 100%. The third period was even-steven and Lake Erie ended up on the short end of a 4-1 decision.

Malone looked strong and had a nice goal

Hishon and Meurs with 5 shots each

Elliott was shaky at first, on ice for 2 of the 3 goals, but got better and better

Picks wasn't great but didn't deserve what he got

Power play was 1 for 6, that really hurt

The Monsters don't have the luxury of a lot of time to develop chemistry or try out a bunch of things to see if they might work. The losses of leadership from captain Bryan Lerg and alternate J.T. Wyman in the locker room are obvious in a game like Thursday where the team comes out unfocused, and having only 3 veterans dressed (instead of 5) doesn't help either. The young guys on the team have to take on the responsibility normally shouldered by seasoned players and do what needs to be done on the ice, in practice and in the dressing room when things look bleak. I hope they do.

Photo from practice Friday - listen up! 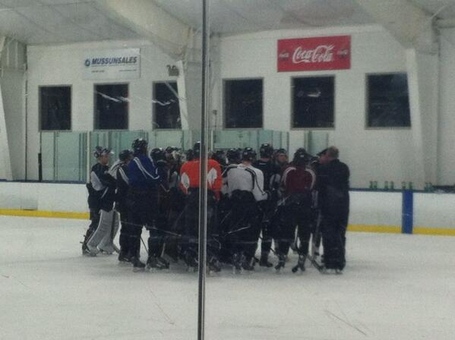 Leading off today's top stories, Sami Aittokallio was summoned to the Avs once again and won't be available Saturday or Sunday or maybe even Tuesday. Kent Patterson has been called up from the Cutthroats for backup duty and I would guess at least a start. Picks, the ball is in your court. 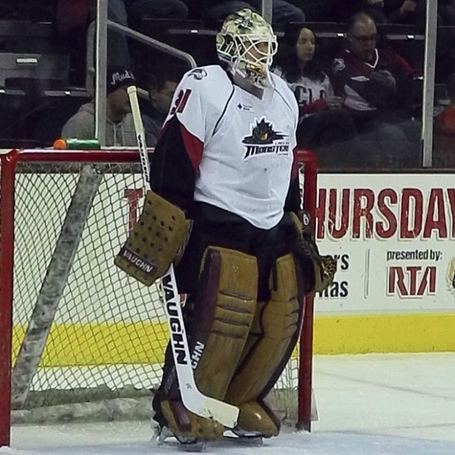 Duncan Siemens wasn't activated for the weekend, but we have it on good authority that he plans to be back on the ice for next Friday's game against Charlotte.

How bad has it gotten? The Monsters are now last in the AHL Power Rankings from the Hockey Writers.

The most excellent looking Frozen Frontier jerseys will be auctioned off tonight during the game and the first 5000 fans will get a replica t-shirt. Be there or be square! 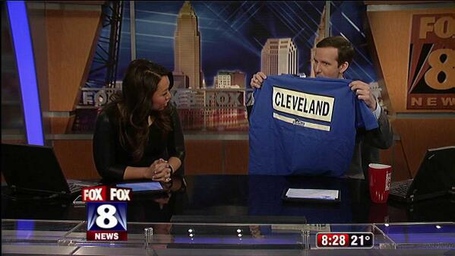 AHL standings - Monsters now 13th in the Western Conference, 5 points out of a playoff spot

I try and I try to get the perfect Pre-game tunes to will the guys on to victory. Unsuccessful in the last 6 attempts, we bring out the big guns today.

Saturday - "Eruption" Van Halen. This has to work.

Sunday - "Sun Is Shining" - Bob Marley and the Wailers. Bob Marley/Toronto Marlies, get it?

I'll be here for what I hope to be the start of a historic comeback, a phoenix rising from the ashes of a bad tire fire. The game is concurrent with the Avs/Bolts and if Sami starts for Colorado I'm going to be very distracted. It is what it is.

Sage advice from a rookie: