From the Monsters Desk: Building a Winner?

Share All sharing options for: From the Monsters Desk: Building a Winner?

During the second intermission of the Monsters/Wild Game Saturday, FS-Ohio interviewed David Oliver, the Director of AHL Operations (basically the GM) for Lake Erie. He remarked that the main objective for LEM is to prepare and develop guys for the NHL and seeing their players in the NHL is how they judge their work. Say what you want about Bordy's talent level but he is a far better hockey player than he was when he first arrived in Cleveland. Tyson Barrie's 90+ games in a Monsters uniform definitely contribute to the defenseman we are beginning to see emerge in Colorado. Malone, Vandy and Stollery have all been serviceable call-ups this year.

That's all fine and dandy, but this is a hockey team with a loyal fan base that have had just one chance to see the Monsters in post-season play in 6 seasons. Where are the wins?

After last season and the change in leadership with the Avs, there was a predictable flood of turnover. Lerg and Vandy were the only vets kept on and a bunch of older prospects like Thomas Vincour, Luke Walker, Joel Chouinard, and Mike Connelly were shunted to Europe or outright dismissed. This left only the younger prospects plus the rookies and the AHL tryouts that graduated to Colorado deals like Aggz, Beaupre, Stollery and Lauridsen. From a development standpoint, this is the way to start. Take the players you want to see in the NHL someday and make them the core of your AHL team.

Where things started to go pear-shaped was in constructing the complementary pieces of the team. On Free Agent Day, the Avs signed Nate Guenin, Nick Holden, J.T. Wyman and Gil Desbiens for the veteran core, which sounded fantastic. Two former captains in there, some experienced defensemen to help with the youngsters, a solid bunch. Unfortunately, Coach Roy was dealing with some defensive shortcomings and injury at the NHL level and Lake Erie ended up with only Wyman for training camp and Desbiens being sent down right before opening night.

The Monsters signed 6 players to AHL SPCs out of training camp, Arseneau, Desjardins, Maggio, Moffie, Schumacher and Tam. Schumacher has been nice surprise in limited play, Maggio is good as an enforcer/7th D but the others can't crack the lineup. A far cry from last years' crop.

So out of the 12 complementary players signed, we got only 35 solid games from Bryan Lerg, J.T. Wyman who's been great, a promising & huge Swede, a decent goon/spot defender and a smattering of good but mostly bad from the rest. When looking at the Monsters weaknesses, lack of veteran presence and lack of talent from the AHL contracts really stand out.

You can't blame the Avs for keeping what they need, and I had a feeling Holden would be spending little if any time in Cleveland, but the situation ended up making for a roster that was sorely lacking in key spots and a record that is somewhat less than spectacular. On the other hand, the lack of talent from the AHL players was avoidable. The ineffective former Remparts, the redundant small defenseman, etc. made it tough to draw any production from the group.

On Friday, I'll take a wild guess at what the Monsters might look like next year and what they need that isn't in the stable already.

Kent Patterson was called up from the Cutthroats Monday afternoon. Probably just a safe play because one of the goalies has a cold or something, but anytime there's an as yet unexplained move like this near the trading deadline it makes me nervous.

Hope may be on the way soon! The Avs have 9 prospects that could potentially be signing ATOs after their college/CHL seasons conclude. Gus Young, Luke Moffatt and Nate Condon all graduate this year. Troy Bourke, Joseph Blandisi and Michael Clarke all have their rights expire this summer, and even though Chris Bigras, Mason Geertsen and Spencer Martin have another year left in Juniors, they are eligible to play a few games in Cleveland. As of right now, only Condon and Blandisi's teams look like they could be playing deep in the post-season, so we might start to see a few of these players showing up at Monsters practices in about a month or so.

This week, we have a schoolchildren's special Tuesday morning and a Wednesday night game against a tough Texas Stars team, then weekend games in Canada against Hamilton and Toronto.

Monsters vs Texas Tuesday 10:45am ET, radio on KNR2

Not sure teacher's going to let us watch the Game on Tuesday, but I'll be around for all the fun on Wednesday before the resumption of the Avs season. 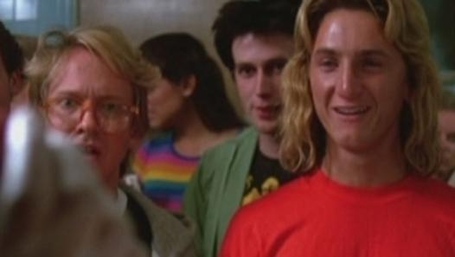