The former No. 3 overall pick is receiving plenty of negative attention following his holdout and subsequent suspension by the Tampa Bay Lightning, but is the media coverage being fair compared to other recent cases?

Share All sharing options for: The Jonathan Drouin Holdout Narrative Is Unfair

In 2013, Nathan MacKinnon and Jonathan Drouin were tearing up the QMJHL for the Halifax Mooseheads in route to the organization's first ever Memorial Cup trophy. MacKinnon, a first overall pick in the 2011 major junior draft, would score 75 points in 44 regular season games and 33 more during an electric postseason, earning him a first overall selection in the following summer's NHL Amateur draft as well. But MacKinnon wasn't even the top scorer on his own team. That designation would go to line mate, Drouin, who scored an eye-popping 105 points in 49 regular season games and 35 points in the playoffs. Though MacKinnon and current Columbus Blue Jacket, Seth Jones, were viewed by many as the top players in the 2013 draft, Drouin was also considered as an elite talent whom the Tampa Bay Lightning were very fortunate to select third overall.

MacKinnon, on an Avalanche team already stacked with centers Matt Duchene, Ryan O'Reilly, Paul Stastny, and John Mitchell, would get an immediate opportunity at right wing in Colorado's top-six on a line with Stastny and Gabriel Landeskog. He would score 63 points that year, earning a Calder Trophy, and the Avs would improve from 39 points (in a strike-shortened 48-game season) to a 112-point first place Central Division finish in 2013-14. Drouin would be cut from the Lightning in training camp and returned to the Mooseheads to further develop at the junior level. He responded by putting up nearly identical elite numbers (108 regular season points, 41 in the playoffs), proving his production was not just the result of playing with MacKinnon. 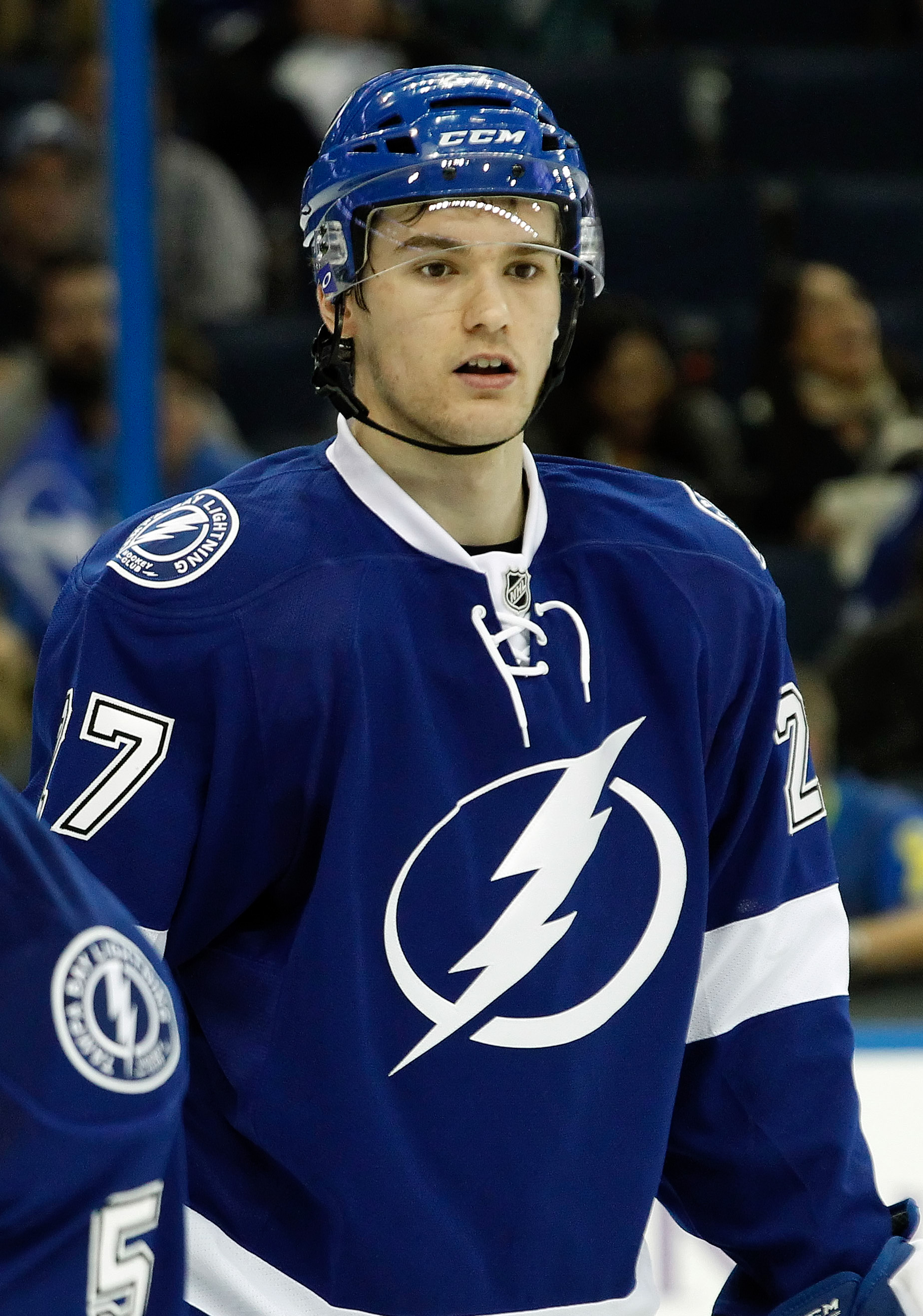 Drouin would see his first NHL ice time in 2014-15 following a preseason thumb injury and a short AHL rehab stint with the Syracuse Crunch. He would play in 70 games for the Stanley Cup finalist Lightning that season, registering 32 points on a third line -- a respectable, if limited, NHL debut from the 19-year old. Playing just 12 minutes per game and shooting an unsustainably low 4.88 percent, it was easy to imagine a considerable improvement moving forward given more opportunity. But that's not how it worked out. Nagging injuries and rumored criticism from management concerning his defensive play kept him on the bench for all but 19 games this season. And on January 2nd, Drouin was assigned to the AHL -- again in the name of development. After two games with the Syracuse Crunch, in which he scored three points, Drouin's agent, Allan Walsh, announced his client had requested a trade and would be withholding his services until a deal could be made with another team. In response, the Lightning announced his suspension from the team until further notice.

MacKinnon is now a Top-25 scorer in the NHL, playing on his team's top line, and is due to sign a lucrative long-term contract this offseason as his ELC expires (as will No. 2 overall Seth Jones). Drouin, with his entry-level status delayed a year due to his return to juniors in 2013-14, will not only have to wait an another season to reach restricted free agency but will also never have the playing opportunity to earn the kind of money MacKinnon or Jones will when that time arrives. Lightning General Manager, Steve Yzerman, may be managing player assets in the best interests of the organization, but he is also systematically depriving a young player millions of dollars his peers will be earning. Hockey fans are free to take a side on the issue, but there are definitely two viewpoints to consider.
The media, either in deference to Hall of Famer Yzerman or NHL ownership, have flooded the discourse with quotes from unidentified GMs, disparaging Drouin's attitude and character during the impasse. Adjectives like petulant, entitled, and difficult populate nearly every piece published on national platforms. The collective response is so unanimous one has to wonder if rival executives aren't trying to manipulate Drouin's trade value.
You also have to wonder why the narrative has shifted so drastically in favor of ownership the past three years. 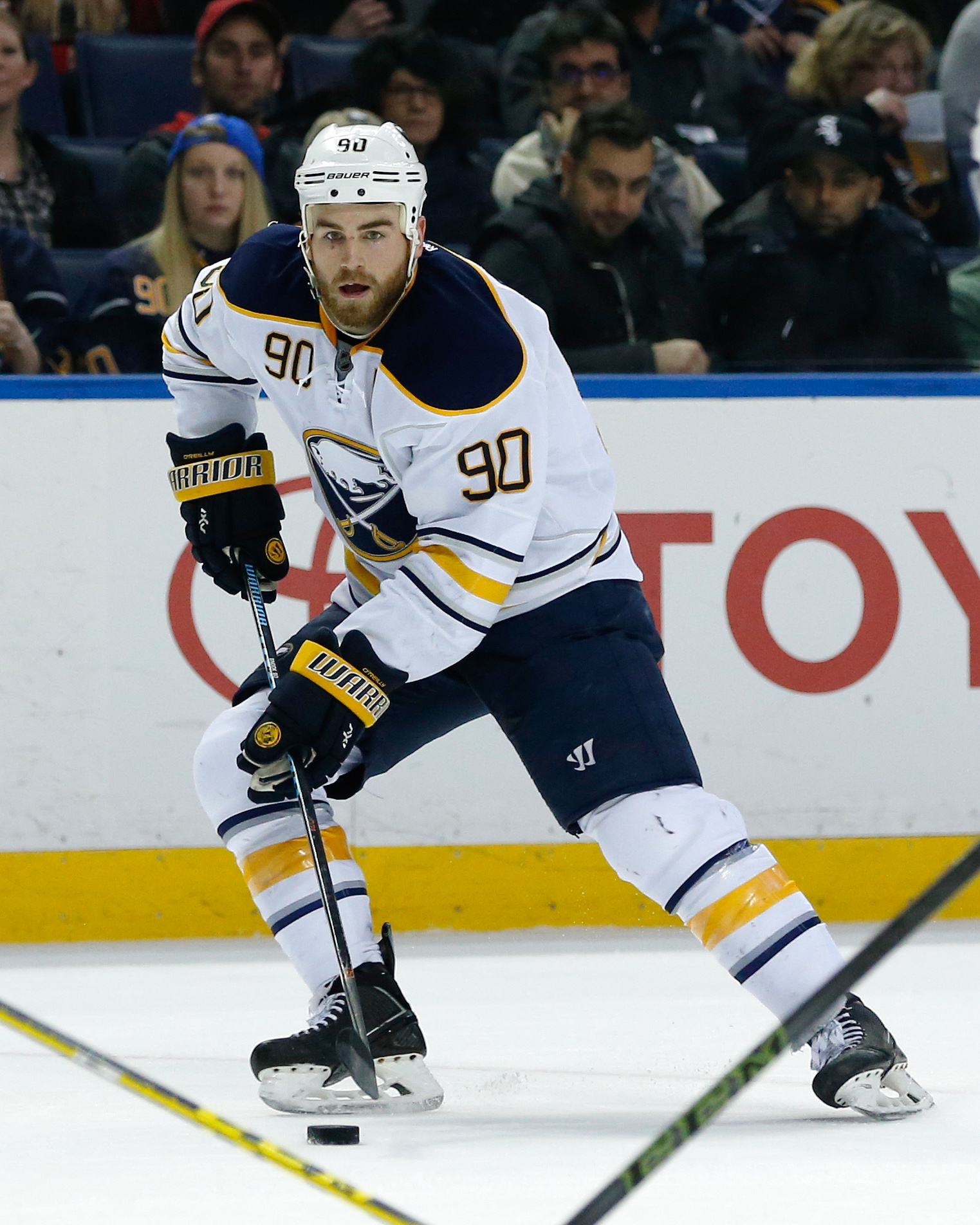 In 2012, the NHL locked out members of the Players Association when a collective bargaining agreement could not be reached prior to opening night. Thirty-two regular season games were lost during the negotiations and many players sought opportunities overseas in the meantime, signing contracts with teams based in Sweden, Switzerland, and Russia. When the work stoppage finally concluded on January 6th, 2013, players rushed back to their NHL teams with smiles on their faces, happy to be home and playing hockey again -- that is, everyone but restricted free agent Ryan O'Reilly. Not technically signed in North America, he would stay in Russia playing in the KHL.

The 21-year old former 33rd overall draft pick had made the Colorado Avalanche out of camp as an 18-year old three years earlier to the surprise of many at the time. After two seasons of mostly low-scoring, defensive play, O'Reilly had a breakout season in the final year of his entry level contract. On a line with Calder Trophy winner Gabriel Landeskog, he set career highs in goals (18) and points (55) and looked to be an important cog in the future of the Avalanche. Rumors of extensions circulated at the time, but nothing materialized for the September 15th lockout, at which point players and teams were no longer able to negotiate.

Nor would the two sides be able to come to terms when the lockout concluded -- O'Reilly steadfast in his belief he was already an elite NHL center, the Avalanche concerned he'd put up just one pro season over 26 points. Colorado wanted him to sign a "bridge" contract -- a short-term, middle-of-the-road deal to better determine his value for a long-term agreement (like Matt Duchene the prior spring). O'Reilly wanted the long-term security without the additional trial period. The negotiation would last more than a month-and-a-half, until February 28th, when the Calgary Flames made a two-year $10,000,000 offer sheet to the restricted free agent. Colorado would immediately match it, bringing an end to the uncomfortable standoff. But what sticks out to this day, is how critical national media members were of the Colorado Avalanche management.

The Avs were incompetent negotiators, clueless about contracts, unable to see the obvious talent of O'Reilly (a strange accusation considering they were the team that drafted him). It's never let up, even after shipping him off to Buffalo for a package of top prospects and since signing numerous young core players to good long-term contracts. Colorado will forever be known as the team that flubbed O'Reilly, all because they refused to pay No. 1 center money for a player that was averaging fewer than 36 points per season at that juncture.

As I sit back and watch the Jonathan Drouin saga unfold in Tampa, can't help but draw parallels to the situation in Colorado in early 2013. No, Drouin is not an restricted free agent, but he would have been had the Lightning been less timid with his development. Even their production rates, leading up to their respective holdouts, are interestingly similar despite O'Reilly playing nearly three times as many games. 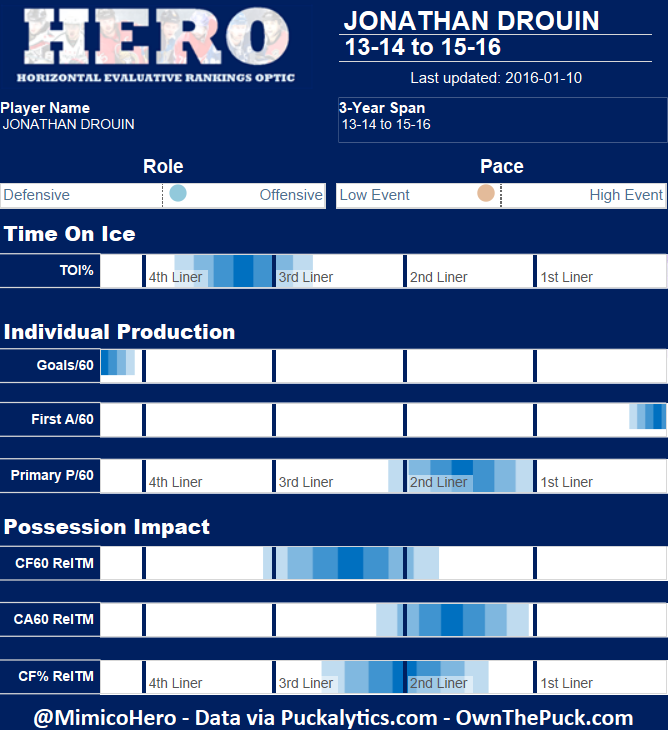 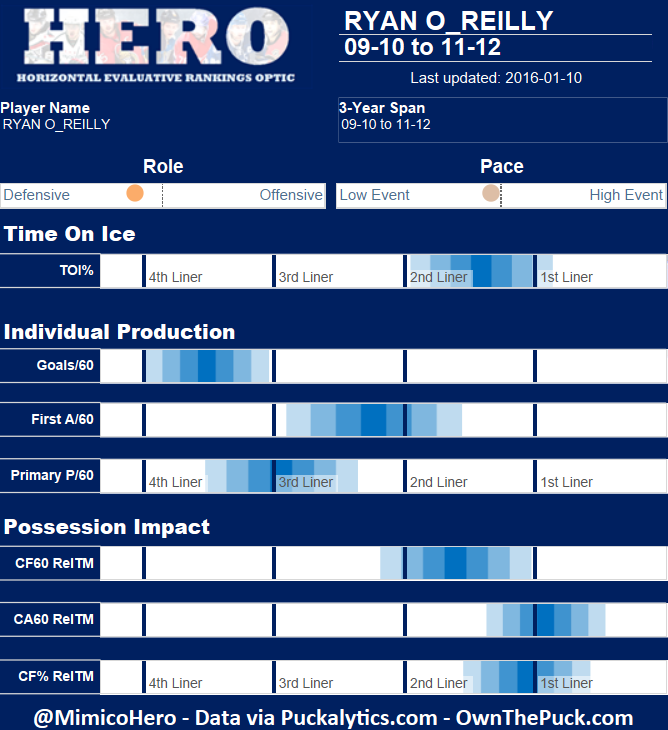 Possession stats, you ask? These charts clearly illustrate two very different players (one with considerably more experience and defensive acumen), but I think most people would have a hard time arguing one deserves $5,000,000 a year at that point while the other should be banished to the AHL without getting an honest chance. Jonathan Drouin isn't the kind of player that going to work his way up from a bottom six role. High-skill players need other skill players in order to succeed, as we've seen time and time again with Matt Duchene. Tampa Bay, with their recent success, has the luxury of being able to jerk around a top draft pick, but that doesn't mean Drouin doesn't have a strong case here.

And the media narrative will continue to be the most frustrating element to this story. How is one player righteous in his holdout while the other clearly a villain? The inconsistency is maddening.

The Lightning are going to have to trade Drouin at this point, just like the Avalanche did with O'Reilly -- even when some thought he'd changed his mind after signing the matched offer sheet and having a career season the following year. These tensions between players and teams just don't go away. They fester below the skin and cause problems that aren't always visible to the public. It's best to remove them entirely.

Many rumors have circulated about reuniting Drouin and former teammate Nathan MacKinnon in Colorado. Then again, nearly every team in the league is rumored to have called. Should the Avalanche take a chance? Yeah, probably. Should it include a young defensemen like Nikita Zadorov and Chris Bigras? I'd argue absolutely not. This team can ill-afford to part with it's young defensive talent in order to add more scoring. Plenty of other NHL teams have greater need for a player like Drouin and more resources on defense to send back in a trade.

Now, if they can pull it off for, say, Duncan Siemens and a 2016's 1st Round pick? Then sure you do it, sure. But Tampa Bay, despite their handing of the entire situation, knows his value and won't part easily. It's going to take top talent to get top talent in return.