The 2016 Stadium Series From The Coors Field Seats

The games at Coors Field this weekend were a once-in-a-lifetime experience. The views weren't perfect, but the atmosphere and spectacle made for a fantastic couple days of hockey.

Share All sharing options for: The 2016 Stadium Series From The Coors Field Seats

I've been fortunate to have season tickets to the Avs in my family since opening face-off at McNichol's Arena. I've seen numbers raised, banners hung and trophies won, so when it was announced that a Stadium Series was going to be hosted in the Mile High City, it wasn't a question of should we attend, but rather a question of when. It was a great day in August when our window to purchase the tickets came up. After much deliberation on where we should sit, based on price and potential visibility, in the end we went with first base, 15 rows up. 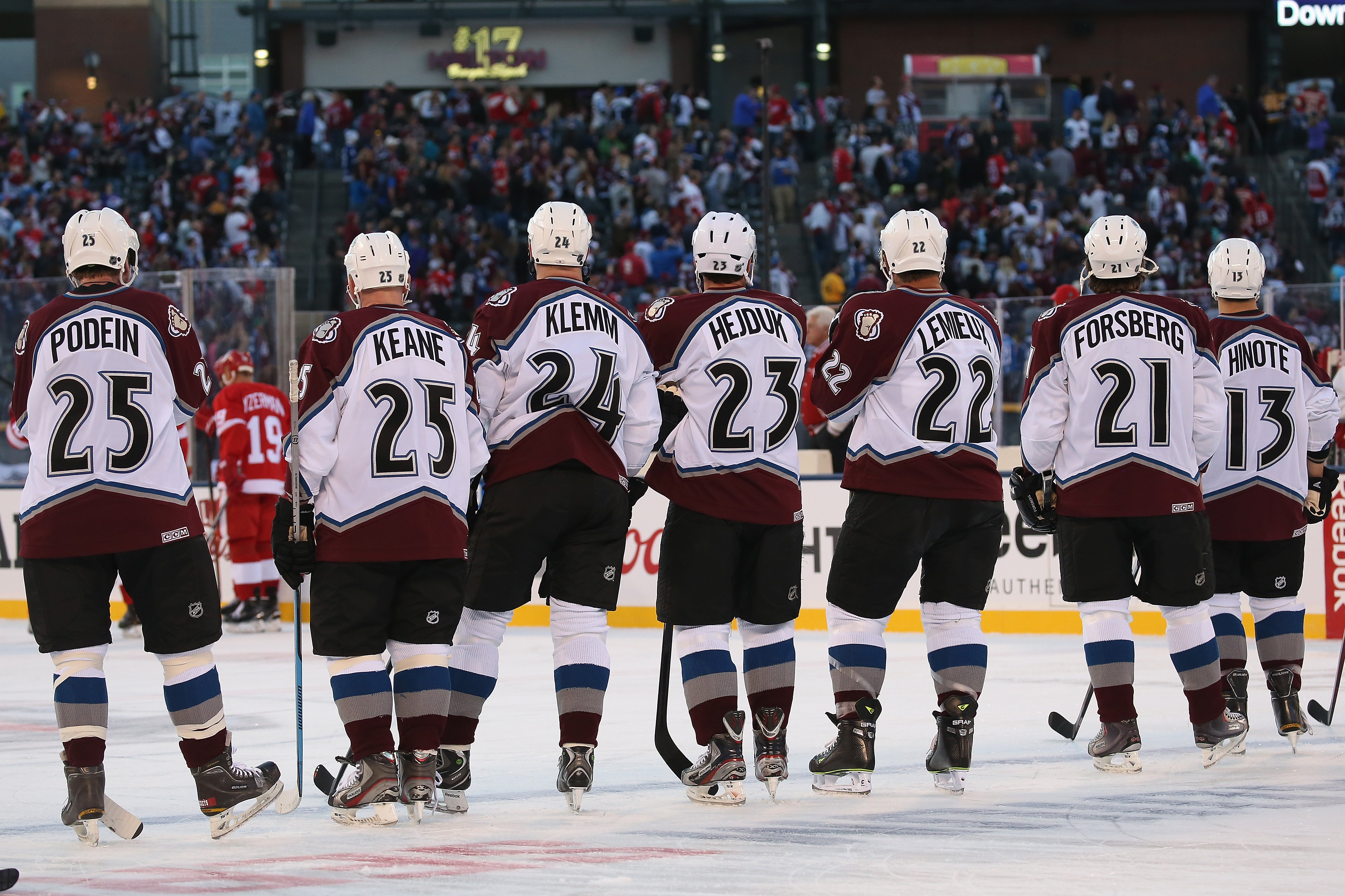 For months I had been questioning our decision, what if after all these months we got there and couldn't see a bloody thing? Turns out, my fears were justified. We couldn't see anything, pertaining to the play at least. Ten rows higher would have been perfect, but those were the pricier guys. However, after both games, I would probably select the same seats. While we couldn't see the play develop like we were used to, the intensity and the atmosphere of the crowds were unmatched, at least in Avalanche hockey history. We were also close enough to get a great view of the Avalanche teams, the old and new, enter the rink. I'm still convinced that Ray Bourque and I made eye contact when I was yelling out to him as he left the ice.

During the Alumni Game, the between play action was a salute to the days of yore. We got to enjoy the almost forgotten "Rock n Roll Part 2" by notorious sex offender, Gary Glitter, more commonly known as the "Hey Song" after our greats scored a goal. Even "Cotton Eye Joe" was there, who used riled up the crowd between plays. While his physique was slightly different, he still had the moves. Prior to the conclusion of the game, the crowd and player's attention was drawn to the jumbotron, where there was a montage of all the great moments of the rivalry. It was one of the highlights of the night, and I may or may not have shed a tear. After all, the rivalry is one of the reasons I feel in love with the sport. The final gesture to the fans at the end of the game, was a classy and timeless moment that gave me the chills.

The atmosphere on Saturday night was vastly different than the Alumni Game. The veil of old camaraderie and respect was gone, and it was all about the task at hand: getting two points. The crowd was more vocal and intense, and true to their form, the Red Wings fans were provoking and irritating. I'm still annoyed up thinking about the moron Wang Bone's fan, who was also donning a Denver Nuggets hat. I get it is a different sport, but seriously? 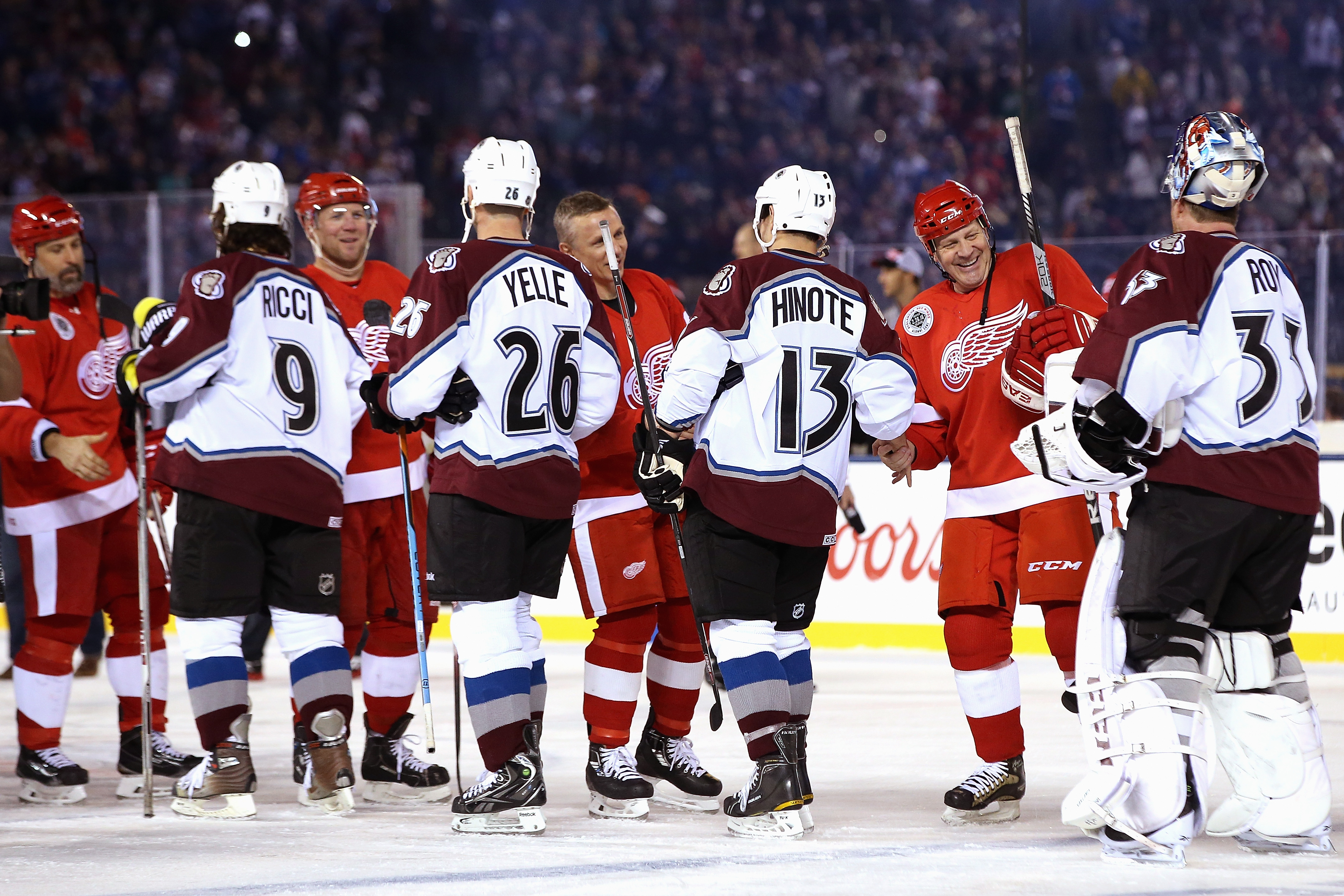 Needless to say, the outcome of that game put a taint on the night. Now that I have calmed down a bit, I am able to look back and see that despite the sad loss, it was a fantastic game. It came down to the final minute (as it should have) only the reverse outcome, of course.

As a final farewell to a weekend of hockey, my mom and I got invited to skate on the ice on Sunday night. Standing on the ice where my idols had recently skated, on a warm February night, and looking up at the now empty stadium, is a feeling that I will always keep.